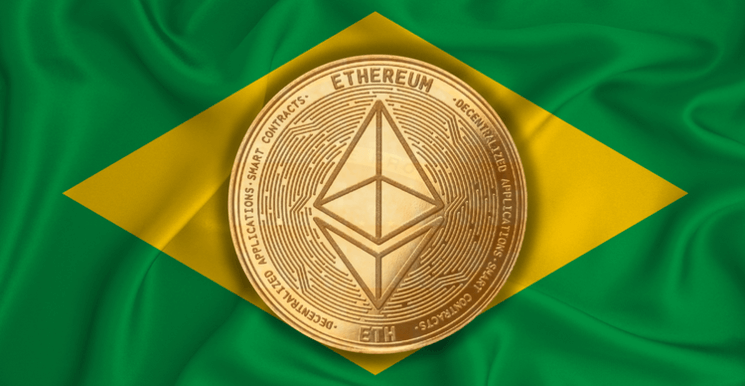 Brazil is leading the way in South America after the authorities approved the first Ethereum exchange-traded fund (ETF) in the continent.

Brazil is becoming the leader in the South American cryptocurrency market. The Brazilian Securities Commission (CVM) approved the first Ethereum ETF this week. It will be listed on B3 (Brasil Bolsa Balcão), Brazil’s stock exchange and trade under the ticker QETH11. The approval of the first Ethereum ETF came after the Brazilian regulatory approved the first Bitcoin ETF in the country a few weeks ago. The ETF will track the performance of the second-largest cryptocurrency, allowing institutional investors to gain access to cryptocurrencies without buying the actual coins. Brazil already has two cryptocurrency ETFs trading on the stock exchange while the United States SEC continues to delay its decision on the Bitcoin ETF proposals submitted by various firms.

One cryptocurrency exchange that can’t seem to catch a break at the moment is Binance. The platform is coming under heavy scrutiny from regulators in various parts of the world. Earlier this week, European payment processor Clear Junction said it is halting transactions on the Binance platform. According to the London-based firm, it will no longer support Binance payments in accordance with the warning issued by the Financial Conduct Authority (FCA). The Italian regulator CONSOB announced a few hours ago that Binance is not authorised to operate in the European country. Although the regulator hasn’t issued any ban on Binance, it has warned its citizens against using Binance and other unauthorised platforms. The statement by CONSOB could lead to a further crackdown on Binance’s activities in Italy in the coming days and weeks.

Social media platform TikTok announced earlier this week that it had banned users from promoting cryptocurrencies. According to the social media giant, cryptocurrency influencers and content creators will no longer be allowed to promote branded content or paid ads related to Bitcoin and other cryptocurrencies. TikTok maintains that it is an entertainment and educational social media app, which means there is no room for financial advice on the platform. The ban also included other services such as forex trading, investment services, loans, credit cards, buy now pay later and a few others. The ban will affect influencers and content creators who use the platform to promote their cryptocurrencies or investment services.

The crackdown on cryptocurrency mining activities in China continued this week after the Anhui province shuts down local crypto mining operations. According to the authorities, the move was necessary to address the growing demand for electricity in the region. By shutting down crypto mining operations, the Anhui province will have the power to supply to other ventures. The ban also applies to other initiatives that require large amounts of energy consumption. Anhui’s move comes a few weeks after the Sichuan province cracked down on cryptocurrency mining activities, cutting off the power supply to 26 mining farms and other smaller cryptocurrency miners.

Digital asset management firm Grayscale announced a partnership with banking giant BNY Mellon. The partnership is geared towards the firm’s efforts to turn its Grayscale Bitcoin Trust (GBTC) into a Bitcoin ETF. BNY Mellon will be tasked with providing Grayscale Bitcoin Trust with fund accounting and administration from October. The bank will also provide transfer agency and ETF services for the GBTC once it is converted to an ETF.  The US SEC is yet to approve a single Bitcoin ETF proposal. However, Grayscale is planning to join the race by turning its GBTC fund into a Bitcoin ETF.

ShapeShift to become a decentralised exchange

Cryptocurrency exchange ShapeShift said it is working on becoming a fully decentralised exchange (DEX). It has started eliminating its corporate structures in a bid to become a decentralised cryptocurrency exchange. In its blog post earlier this week, ShapeShift said it is evolving into a community-owned and governed crypto platform. It expects its entire codebase and technology to become open-source in the coming months. The transition to a DEX would allow ShapeShift to create a powerful community based on an open-source, self-custody, multi-chain cryptocurrency platform.