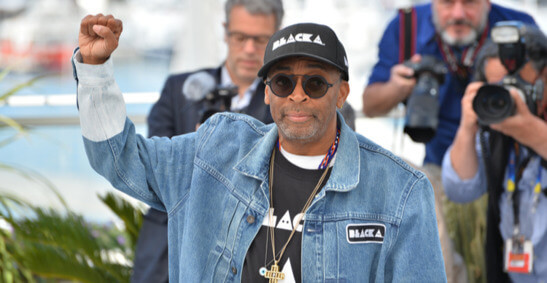 The digital currency machine operator released a short film called The Currency of Currency with the message “Old money is out. New money is in.”

Founded in Las Vegas in 2014, Coin Cloud is the world’s largest and fastest-growing DCM operator, enabling users to easily buy and sell more than 30 digital currencies at over 2,000 locations across the US and Brazil. The company’s goal is to bring financial security and economic empowerment to all communities, so that everyone can access investment and wealth protection regardless of their background or socioeconomic status.

Oscar-winner Spike Lee is well-known for directing films that explore social, political and racial issues, and his films include Malcolm X, Inside Man and BlacKkKlansman. He was chosen by Coin Cloud for his storytelling and imagery.

Lee explained, “Coin Cloud is on the cusp — the cutting edge — of what affects people of colour when it comes to finances and access to building wealth. Digital currency is viable for not just people of colour, but anybody who has been historically excluded from traditional financial systems.”

The ad, called “The Currency of Currency”, highlights issues with traditional finance, such as oppression, racial and gender inequality, and the large number of Americans who are underbanked. It ends with the message: “Old money is out. New money is in.”

The digital rebellion is here with Spike Lee! There’s no debate. Old money is out, new money is in!

Coin Cloud’s Global Chief Marketing Officer, Amondo Redmond, said, “For me, this campaign is as much a prophecy as it is a look at where we’ve been. Beyond generating awareness, my vision is that this campaign not only sparks important dialogue, but introduces marginalised communities to an innovative, new and inclusive way to take control of and grow their wealth.”

The ad was made by Lee’s production company 40 Acres and a Mule Filmworks and was filmed in New York. Lee himself took the starring role, while the ad also featured actor and activist Kendrick Sampson, singer-songwriter Teyana Taylor, star of Ru Paul’s Drag Race Shangela, and Emmy-nominated actress and star of Pose Mj Rodriguez.

The national ad campaign will run on cable TV channels such as Comedy Central and Adult Swim, Reddit, Youtube and other OTT and digital platforms like Roku.