Victims of famine in Ethiopia are raising funds with NFTs

Victims of famine in Ethiopia are raising funds with NFTs 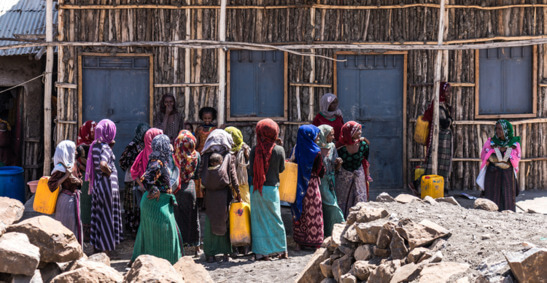 In the Ethiopian region Tigray, citizens have been ravaged by war since fighting broke out eight months ago. The result, UNICEF estimates, is 400,000 people experiencing famine, 1.8 million on the verge of famine and tens of thousands already dead.

However, the charitable organisation SaveTigray has come up with an innovative method of raising funds for the victims: non-fungible tokens (NFTs).

Mirna Saraswati of SaveTigray explained, “Last year we planned to create NFTs from Fair Trade Art created by women from Tigray. But the advent of the war in November put an end to those plans. So instead, we are making NFTs based on interpreted photos of the tragedy. We will sell them on our NFT marketplace, and donate the proceeds equally to four groups: the World Food Program, International Rescue Committee, UNICEF, and Save the Children”.

On Monday, the World Food Program tweeted that it had sent a humanitarian convoy to the region but that it would need “to continue delivering 1000 metric tons of life-saving food on 40 trucks a day to #Tigray to meet the emergency food needs of 2.1 million people”.

Roads and bridges into Tigray have been blocked or destroyed by government forces, though they denied blocking aid, while the Ethiopian government and Eritrean troops stationed in the region have been accused of war crimes.

SaveTigray COO, Savannah Partridge, commented, “As much as we want to raise funds for victims, we really want to spread the news to millions. The Ethiopian government has announced that aid flights can resume from the capital, but so far none have been given approval. An outcry from the public can compel them to act”.

As most NFTs are minted and traded on the Ethereum blockchain, which currently uses the energy-intensive Proof of Work mechanism, a pressing issue has been their impact on the environment.

Partridge added, “We believe that NFTs are here to stay. We’ve solved the biggest problem associated with them, which is energy usage. Our platform uses 10 million times less energy than the standard Ethereum-based [sic] ones. Like any NFT, the provenance of each work can be easily traced through the Blockchain. And buyers can continue to use each image to raise more for the cause, if they so choose. NFTs earn Royalties every time they are sold, so they can keep fundraising forever”.