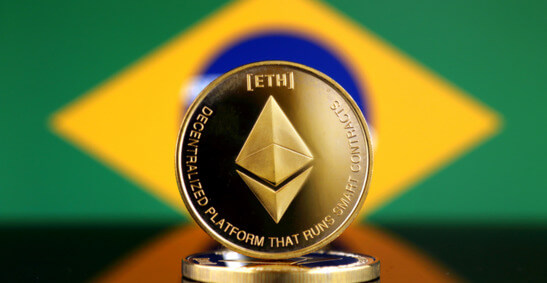 The Brazilian Securities Commission (CVM) has authorised the listing of an Ethereum exchange-traded fund (ETF), the first Ethereum ETF in the Latin American region, according to one local news outlet.

The Ether ETF will trade under the ticker QETH11 and will list on B3 (Brasil Bolsa Balcão), Brazil’s stock exchange.

According to the asset manager, the launch of the fund expands the “horizon of diversification”, and that QETH11 provides investors with “simple, safe and regulated” exposure to Ethereum.

“QETH11 follows the same Ethereum index used by the CME Group, the CME CF Ether Reference Rate. For this, the ETF buys physical Ethereum and carries out custody with transparency and security for you“, QR said in a statement.

This means that investors seeking to buy Ethereum without direct exposure to the actual cryptocurrency can now do so via this ETF, using any supported brokerage provider.

QR Asset Management will manage the ETF, which the firm says will benefit from Gemini’s “secure institutional custody”. Gemini is a US crypto exchange and custody provider that has previously sought and failed to convince the US SEC to approve their application for a Bitcoin ETF.

The approval of the two ETFs—first BTC and now ETH points to Brazil’s continued support for crypto assets, adding to the clarity within its regulatory environment.

It contrasts with the US and many other major crypto markets that are still waiting for their first regulatory-approved exchange-traded funds. In the US, the securities agency has postponed decisions on ETF applications or denied them citing several concerns that include price manipulation in the crypto market.

VanEck and SkyBridge Capital are the latest firms that have filed for an ETF.

But interestingly, Canadian regulators have approved several crypto ETFs, both for Bitcoin and Ethereum. For example, the Purpose Bitcoin ETF (BTCC) is the world’s first Bitcoin ETF, having launched in February this year. The fund currently has an AUM of $725.9 million, or 22485.0998 BTC.