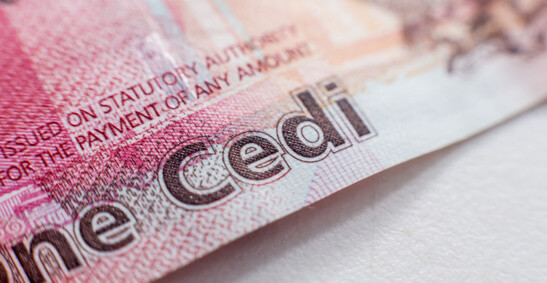 Ghana is on course to become the first African country to launch a domestic CBDC pilot program. The country seeks to join fellow African nations South Africa and Nigeria working on similar programs. Intending to move the nation towards becoming a cashless country, Dr. Maxwell Opoku-Afari, the deputy governor at the Bank of Ghana, said in a recent keynote address that the COVID-19 pandemic had shaped how policies would be coined going forward.

Opoku-Afari noted that a digital currency pilot program scheduled for September was on the cards. He added that the pandemic had shown the necessity of developing a cash-lite economy. The Bank of Ghana official explained that the development of a CBDC would slot right into the current economic environment by creating higher levels of inclusivity and increasing the reliability of financial payment systems in the country.

“We anticipate that the Bank’s CBDC project would further advance financial inclusion, promote the efficiency and stability of the payment system, and foster competition in the financial sector,” the bank executive asserted.

Further, he also pointed out that the process of adopting the CBDC would be gradual, and the success of the pilot phase will heavily determine the next step taken. The development of the CBDC has been steady, and the pilot stage is to be conducted in a sandbox – which offers a suitable environment for testing – before the members of the public are allowed to hop on it.

Ghana had in February collaborated with digital setup, Emtech, to implement the sandbox appropriate for CBDCs and blockchain technology. Dr. Opoku-Afari also explained that the current mobile payment systems in the country do not offer value addition for digital financial assets’ transactions. He acknowledged the essence of establishing a digital coin if the problem were to be remedied.

“The mobile monies transaction are not backed by cash and hence limiting the value addition,” he expounded. “The central bank’s digital currency is fiat money, it is cash on its own so that financial institutions like the banks and Fintechs will be able to create value addition on the digital cash.”

Crypto is yet to be legal in Ghana, but the first deputy governor has revealed that a team had been created to study the financial space before decisions are reached. Ghana SEC’s deputy director-general recently noted that though outlawed in May this year, the commission would seek to establish an integration framework for crypto soon.