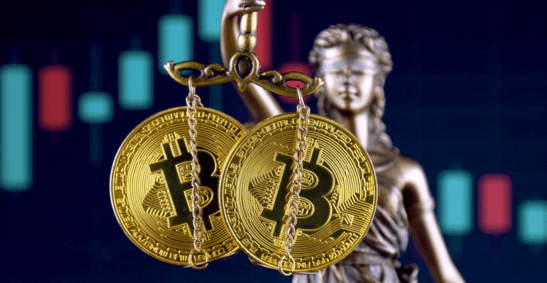 The regulatory troubles continue for Binance. After the UK’s Financial Conduct Authority ordered Binance to stop all regulated activity in June, both Barclays and Santander blocked payments to the exchange last week.

Things didn’t get any better this week when one of Binance’s key payments partners, Clear Junction, pulled out, saying it had “decided to suspend both GBP and EUR payments and will no longer be facilitating deposits or withdrawals” for the platform.

However, not all centralised exchanges are being targeted by regulators. In recent years, Binance quickly grew to become the largest crypto exchange by both volume and weekly visitors, but Gemini’s embrace of regulation could stand it in good stead to climb up the rankings.

Binance’s daily spot trading volume is currently about 100 times that of Gemini, but Binance is under scrutiny in the US by the Internal Revenue Service, Department of Justice and Commodity Futures Trading Commission.

As major exchanges lose business in leading economies like the US and the UK through warnings and lawsuits from authorities, the compliant platforms that are left face less competition in those jurisdictions.

As Gemini Co-founder Cameron Winklevoss told Bloomberg yesterday, “We’re playing the long game. We’re trying to be the fastest tortoise in the race. The long game pays off over time.”

Back in 2018, Gemini helped found the Virtual Commodity Association to act as a self-regulatory organisation. Gemini isn’t the only exchange to embrace regulation. Kraken received a bank charter in Wyoming and Coinbase expanded its compliance team by hiring Stripe’s Melissa Strait and Goldman Sachs’ Faryar Shirzad, as well as publishing audited financials.

But not everyone sees the move towards regulation as a good thing. As finance professor John Griffin told Bloomberg: “The Catch-22 is that the crypto system was set up to avoid big banks, [but] rather than having this autonomous universe free of government regulation, we have crypto exchanges playing the role that traditional exchanges and governments play in traditional markets.”