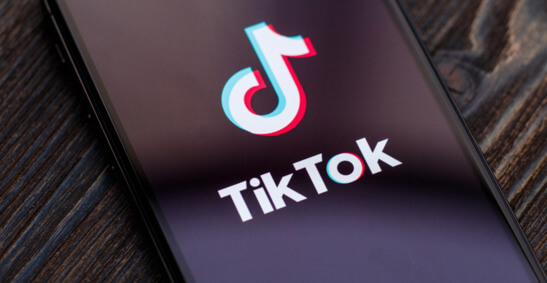 Social media giant TikTok has taken a move to manage advertisements on the platform by banning crypto influencers and content creators from promoting “branded content” or paid ads. There have been several instances of users making investments, more so crypto investments based on advice they have received on the app. The company shared a notice that outlined the entertainment and educational social media app would no longer allow touting of all financial services and products on the platform.

Individuals and regulatory bodies alike have warned consumers that such advice from the app is misleading, especially to young investors who are easily led astray by unverified information. The ban, according to the notice, would cover more than just crypto with loans, credit cards, buy now pay later (BNPL), investment services, forex trading, and much more financial items included.

The result of a research conducted by crypto firm Paxful earlier this year, indicated that, on average, one in seven TikTok videos encouraged users to make unfounded financial decisions. Influencers, in these instances, pushed users to invest particular portions of their income into certain assets as they received a promise of good returns. However, of all these analysed videos, only 13% featured a disclaimer warning of the potential risk associated with such an investment.

In other cases, influencers have been guilty of encouraging social media users to invest in an asset as they attempt to cause the price of the asset to favour them. These influencers also used past markets behaviour to predict future profits bar the consideration of other swing factors.

The Financial Conduct Authority (FCA) in the UK has in the past warned that these investment decisions directly influence the future lifestyle of up to 60% of young investors hence the advised vigilance. The regulator has also cautioned against careless investment, explaining that four out of every five people make investment decisions based on gut instinct. The FCA appears to be truly concerned about the impact of influencing with the regulator having opened court charges in the past against a social media influencer who offered financial advice without prior authorisation.

TikTok has recently partnered with Citizens Advice to put up financial literacy videos on the platform to serve users who seek advice on financial services from the platform. It also reaffirmed to the users its commitment to creating a safe space and that it was working on teaching the community about maintaining safety online.