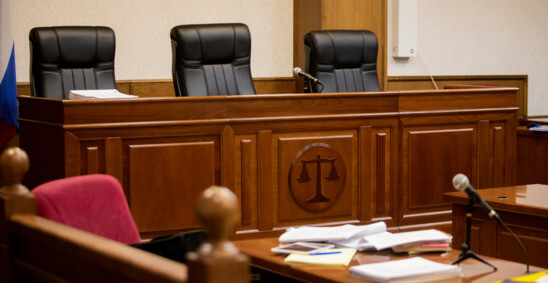 William Hinman worked at the US Securities and Exchange between 2017 and 2020, with one of his high-profile statements at that time being that Bitcoin and Ethereum were not securities.

Lawyers representing Ripple Labs and two of the company’s top executives have told a judge that they plan to have William Hinman testify, according to new court documents.

According to Ripple’s legal team, the former SEC director’s testimony is ‘critical’ to their clients’ defense against the US regulators’ case. The court filing shows that Ripple will depose Mr. Hinman on 19 July, even as the SEC holds that this should not happen.

“Mr. Hinman’s deposition has been re-noticed for July 19, 2021, to accommodate his availability,” Michael Kellog said in a letter addressed to US Magistrate Judge Sarah Netburn.

US-based defense attorney and ex-federal prosecutor James Filan suggests that Ripple’s re-notice will only be allowed if Judge Netburn denies the agency’s “Motion to Quash.”

In short, the judge has to agree with Ripple about Hinman’s importance to their case, thus allowing his deposition.

But the securities agency is opposed to this, with a motion to quash Ripple’s subpoena of Hinman before the judge.

According to the regulator, Ripple must prove “exceptional circumstances” for the court to allow the deposition. In its view, Ripple Labs, Brad Garlinghouse, and Chris Larsen can choose to depose another party, not someone as high-profile as Hinman. In the agency’s view, his position meant the former director of SEC’s Corporation Finance unit was privy to internal and “privileged” information.

Ripple has countered that argument, pointing out that the ex-director’s position at the regulator was not as “high-ranking” as the SEC claims. It wants Hinman to testify, saying that his responses will shed light on how the agency communicated its views about cryptocurrencies, including XRP.

Since the beginning, Ripple has maintained that XRP is not a security as claimed by the regulator.

XRP, which remains one of the top 10 cryptocurrencies by market cap with $29.4 billion, currently trades around $0.63.