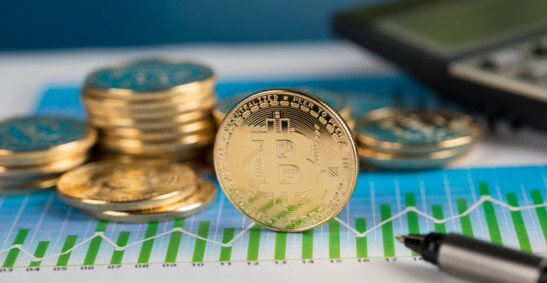 According to a report on Monday, Monobank, which is already the first purely mobile bank in Ukraine, is making efforts towards becoming the first bank in the country to table crypto services for its consumers. Consistent with the words of the bank’s CEO, Oleg Grokhovsky, the bank has already fruitfully undertaken a pilot program to determine the feasibility of integrating crypto offerings into the bank’s portfolio.

The new feature is expected to facilitate the buying & selling of crypto assets while using debit cards and will be launched later this month. The government of Ukraine has had mixed reactions varying from acceptance to heightened vigilance towards crypto. Before the start of the year, Ukraine had not updated the regulations governing crypto in the country, a situation that changed quite quickly.

Since then, though, newer regulations have been established. The updated rules require that exchanges in the country establish Know Your Customer procedures and lay bare their ownership. Overall, the European country has been positive towards crypto to the point of collaborating with the Stellar Development Fund to help establish these digital assets. However, the government has remained adamant in its opposition to a central bank digital currency.

Crypto miners in Kazakhstan to start paying taxes next year

The president of Kazakhstan recently signed into law an order that would have crypto miners in the country pay taxes from January 01, 2022. Kazakhstan joins the list of countries like Iran that have imposed fee cuts on miners. The amendments are expected to see miners pay up to one Kazakhstan tenge for every kWh their crypto activities consume.

Albert Rau, who created the legislation, explained that the move would help cut down on the unregulated usage of energy. Talking to local news channel Kursiv, he further suggested that the new laws would help bring the crypto industry within the regulatory sphere. Despite the government’s continual with the planned taxing, local members of the mining sector have been less than pleased by the decision.

The imposed taxes will likely prove beneficial for the country, considering that Kazakhstan has seen an influx of miners from other countries led by China primarily due to increased vigilance and affordable electricity rates. Unlike the Asian nation, other countries have taken alternatively stern actions. China, for instance, conducted an intense crackdown and a series of enforced closures in provinces where mining was heavily done.

Local news outlets in South Korea have this week reported that the biggest crypto exchange in the country, Bithumb, is facing charges from its former Thai partner. The Thai partner indicates that Bithumb made an unconsented decision to stop its business in Thailand. As a result, the top management of the exchange is facing a suit for fraudulent activity.

Two of Bithumb’s holdings in Hong Kong, GBEX and Bithumb Global Holdings, are also to be charged for the ignorance of contractual responsibilities. The two subsidiaries are accused of being part of a plan to launch a separate crypto exchange in Thailand against contractual terms. The accusers also allege that Bithumb had deliberately communicated false intentions to launch the BXA coin in the country, only to not list it on its platform.

Prior, Lee Jung Hoon, the founder of Bithumb, had already received 112 million South Korean won in part payment, and he will face trial on fraud charges worth 100 million won.  The former Thai Bithumb partners explained that they decided to file charges in Hong Kong after seeing that a suit filed in South Korea had not been acted on for about nine months.

Sygnum bank is planning to allow customers to stake ETH 2.0 via their current wallets in a move that will make it the first among banks to do so. Sygnum, which is focused on crypto services, will now enable customers to stake their Ethereum to earn 7% interest annually.

The world’s first digital asset bank explained that Ethereum is a high potential digital asset, especially for long-term investment. Staking Rewards reports that Ethereum only falls behind Cardano in staked capitalisation with an approximated $13.5 million. Cardano’s ADA offering has $31.8 billion worth of staked assets.

The bank previously launched staking for the Tezos (XTZ) offering back in November 2020. It faces stiff competition from contemporary crypto exchanges that offer similar services. Ethereum is already a leading crypto coin globally, and the 2.0 model will replace the Proof of Work verification of transactions with a Proof of Stake consensus mechanism. The upgrade is also expected to provide better efficiency in energy use and cut down on transaction time.

American bank Goldman Sachs on Tuesday published a note detailing its view of the crypto space in the coming years. Goldman Sachs projected that Ether (ETH) would dethrone Bitcoin as the most prominent digital store of value. The global investment bank argued that even though Bitcoin comes with the first-mover advantage, its lack of many real case uses would put Ether ahead.

The bank additionally insisted that neither Ether nor Bitcoin is in a position to outperform gold. The precious metal predictably remains the best store of value widely courtesy of the digital assets’ tendency to volatility. It elucidated that gold remains a defensive asset competing against risky assets, including securities and crypto, equally.

Goldman also pointed out that the highly competitive nature of the crypto assets prevents them from unlocking higher levels of safety for investment action. Back in April, Goldman’s competitor, JP Morgan, noted that Ether has been performing better than Bitcoin and consequently wrote a report citing a reliable demand base, robust liquidity, and minimised reliance on derivatives as the reasons for the outperformance.