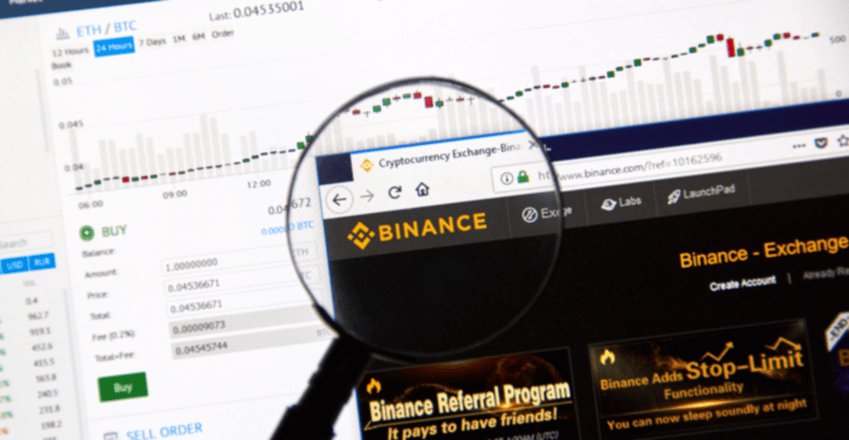 Binance’s regulatory challenges in the United Kingdom continued this week, with some leading banks blocking deposits to the cryptocurrency exchange.

Some banks block deposits to Binance

The regulatory challenges faced by the Binance exchange in the UK are well documented. It began after the Financial Conduct Authority (FCA) cautioned the exchange that it doesn’t have permission to conduct regulated activities in the UK. This week, Barclays severed ties with Binance, revealing to its customers that it would no longer allow them to deposit funds into their Binance account using credit and debit cards. Barclays said it would maintain this status until further notice.

The cryptocurrency exchange itself blocked deposits from Europe’s critical payment networks: the Single Euro Payments Area or SEPA. Binance said it stopped processing SEPA payments due to events beyond its control. However, it assured its users that the SEPA ban is only temporary, and it is looking for ways to make that happen again.

Santander has become the latest UK bank to block deposits to Binance. The Spanish banking giant announced this yesterday. Binance, for its part, is looking to hire an ex-regulator in the United Kingdom to lead its Binance UK arm. The move, similar to what it did in the US, will help ease regulatory pressure as the new Binance UK head will be familiar with the UK’s regulatory landscape.

A new report by Visa indicates that cryptocurrency adoption has increased massively over the past few months. The payment giant said cryptocurrency-linked transactions topped $1 billion in the first half of 2021. According to Visa, the cryptocurrency card spending experienced so far in 2021 has surpassed the figures recorded in 2020 and 2019. Furthermore, Visa said more people are using their credit and debit cards to purchase cryptocurrencies. The company’s CFO said they don’t expect the trend of adoption to slow down. Instead, it will continue to grow as more people gain exposure to the market.

Ether can surpass Bitcoin as a store of value

There have been numerous debates regarding Ether, the second-largest cryptocurrency by market cap and the market leader Bitcoin. Leading investment bank Goldman Sachs has participated in the argument and believes Ether could surpass Bitcoin as a better store of value. In its research note earlier this week, the bank said Ether has the necessary potential to overtake BTC. Goldman Sachs pointed out Ether’s increasing popularity in the marketplace and the massive use of the Ethereum blockchain by developers and institutions globally.

The cryptocurrency market has been in a bearish trend for the past few weeks. The last time the prices surged was in May. As a result of the price decline, cryptocurrency exchanges recorded a 56% drop in trading volume in June. Recent data showed that cryptocurrency exchanges processed $958.3 billion in transaction volume in June. This is a massive decline from the $2.18 trillion recorded in May. June was also the first time the total trading volume has fallen below $1 trillion since January. Bitcoin has lost more than 40% of its value over the past few weeks and is still trading below the $35k mark.

The United States Securities and Exchange Commission (SEC) is yet to approve a single Bitcoin exchange-traded fund (ETF) application, despite several companies filing to launch one. The regulator has postponed its decision on a few applications, and it did the same thing with the SkyBridge Bitcoin ETF proposal this week. The SEC was supposed to decide this month but has extended the 45-days review period to next month. The regulator is currently reviewing nine Bitcoin ETFs and two Ether ETFs. With the US yet to approve one, institutions are gaining access to Bitcoin ETFs in Canada, Brazil and Dubai.

Bitcoin.org, the original Bitcoin website, suffered a distributed denial-of-service (DDoS) attack earlier this week. The attacker(s) is demanding 0.5 BTC as ransom. Bitcoin.org is an educational resource website dedicated to educating people about Bitcoin. The website has been active since August 2008 and provides people with the necessary information on where to buy BTC and explains Bitcoin’s use cases. The attack comes after a tough time for Bitcoin.org after the site was ordered to remove the Bitcoin whitepaper for UK users due to copyright infringement.

Circle, the company behind the USDC stablecoin, announced yesterday that it is going public via a SPAC deal. The company will list on the New York Stock Exchange under the ticker ‘CRCL’ and is valued at around $4.5 billion. According to the company, its USDC stablecoin has experienced massive growth over the past year and intends to keep up the momentum over the coming years. USDC has a market cap of just under $26 billion, making it the second-largest stablecoin in the world after Tether (USDT).

Chinese regulators continued their crackdown on cryptocurrency activities. The Business Administration Department of People’s Bank of China (PBoC) and the Beijing Financial Supervision and Administration Bureau shut down the operations of Beijing Qudao Cultural Development Limited.

According to the regulators, Beijing Qudao is a company that develops cryptocurrency trading software. Hence, its operations were deactivated and the website was suspended. The regulators told businesses and financial institutions in Beijing to desist from providing services to cryptocurrency companies operating there.