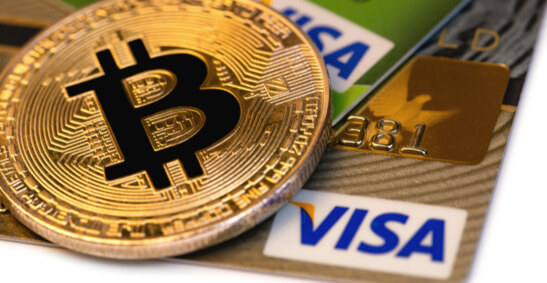 Visa has been blending into the ever-evolving crypto space, and the global payments tech company is reaping the rewards

A Wednesday blog post on Visa’s website revealed that users had transacted more than $1 billion via crypto-linked cards. In the post that showed an increasing acceptance of crypto in the current day, Visa explained that users have seen the benefit of linking their crypto holdings to the network.

“With more than $1 billion spent on crypto-linked Visa cards in the first half of 2021, it’s clear that the crypto community sees value in linking digital currencies to Visa’s global network.”

The California-based financial services provider converts digital currency into fiat money, allowing merchants to receive payments in regular currency from payments initially made in crypto. Visa has approximately 70 million dealers worldwide who are eager to integrate digital assets into their respective portfolios. The company also announced that it would be working together with various crypto platforms to discover more ways to convert and transact in the digital assets.

Visa disclosed that most users began venturing into digital assets at the start of the pandemic, and the numbers have been on the rise ever since.  Further, as it released the statistics, the company also explained that it would continue venturing even further into the crypto space in the near future. Having previously partnered with other P2P firms such as Circle, the payments firm revealed that it would be adding crypto exchange FTX into its Fintech Fast Track Program.

Yesterday, Visa also revealed that it was partnering with BlockFi to deliver credit card crypto services. BlockFi, a US-based crypto firm, had announced back in December that it would establish the said services, and since it has created a waiting list that now has over 400,000 users. The changes in crypto are coming thick and fast, but not everyone is loving them. Even with the revolution resulting from institutions such as Visa, some experts have argued against them, saying that crypto was designed to operate outside the traditional banking system rather than conform to it.

Users in the current day are seeking to revolutionise how they transact their money, and crypto is increasingly becoming a popular option. Mastercard, Visa’s competitor in payment solutions, has, in fact, conducted research indicating that 95% of users would want to change their payment methods within the next five years, with 40% of them leaning towards crypto.