Ether can transcend Bitcoin as a better store of value: Goldman Sachs

Ether can transcend Bitcoin as a better store of value: Goldman Sachs 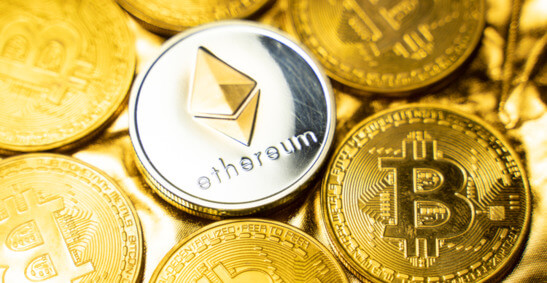 Giant banking institution Goldman Sachs has claimed that it won’t be a surprise if Ether, Ethereum’s native token, surpasses Bitcoin as the dominant and most valuable virtual currency. The New-York headquartered investment bank noted in the research paper published yesterday that Ether has all the potential to overtake Bitcoin, the sector’s biggest cryptocurrency by market capital.

The token’s increasing popularity was highlighted as one of the reasons why the crypto is on its way to dethrone Bitcoin in the near future. The research notes also showed that the growing competition between the top and well-founded assets like Binance Coin and Cardano posed a stumbling block for Ether.

“ETH currently looks like the cryptocurrency with the highest real use potential as Ethereum, the platform on which it is the native digital currency, is the most popular development platform for smart contract applications,” a section of the research note read.

The claims are bullish for Ether, which currently sits behind Bitcoin as the second biggest cryptocurrency. The latter has the edge over the former at present but it is hard to argue against the assertion that Ethereum has more real use cases compared to Bitcoin. Ethereum not only has better transaction speeds of the two but also a much more widely accepted and adopted platform. The upgraded Ethereum 2.0 network has continued attracting more interest with the network having seen $15 billion worth of Ether staked already.

Analysts at the bank also referenced Gold saying neither of the two cryptocurrencies will catch up to it regardless of their popularity. They, however, steered clear of drawing any comparisons, in terms of gains, to the precious metals, explaining that the two assets were not comparable. They highlighted the volatile nature of cryptocurrencies as a factor working against them in the bid to become safe-haven assets.

Even though it appears that Ethereum has the support of Goldman Sachs, it is worth noting that the bank has become notorious for shifting stances from time to time.