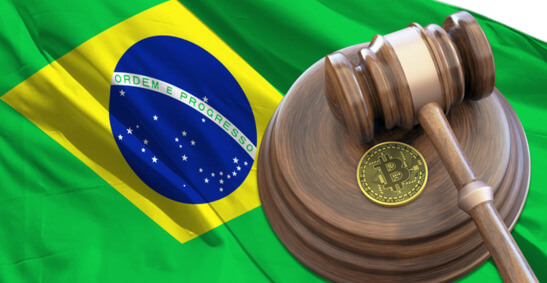 Claudio Oliveira has been accused of masterminding a fraudulent scheme in which over 20,000 customers allegedly lost 7,000 BTC.

Brazilian police have arrested Claudio Oliveira, also known as “Bitcoin King,” as the mastermind of a scheme that saw thousands of Bitcoin Banco Group customers lose over 1.5 billion reals (about $300 million) worth of cryptocurrency.

The self-described “Bitcoin King” was nabbed after Curitiba police acquired arrest warrants for the former Bitcoin Banco Group president and other team members. The arrests come after the brokerage platform that Oliveira headed failed to honour the terms of a judicial recovery filed in 2019.

The arrangement allowed Bitcoin Banco Group to work with local authorities towards compensating its clients and paying off creditors. But the group reneged on this agreement, reportedly taking a ‘business-as-usual approach and attempting to lure new customers via unregistered investment contracts.

Bitcoin Banco Group attracted thousands of customers after promising huge daily returns. However, trouble started in early 2019 when users raised alarm over withdrawal difficulties. In May 2019, the platform alleged it had suffered a security breach that saw hackers steal around 7,000 bitcoins belonging to customers.

According to the police, Bitcoin Banco Group did not provide any substantial evidence of the breach. The firm then settled with a former customer in July after it faced a lawsuit, ostensibly before another 200 such cases were filed in court.

An investigation into the matter established that Oliveira actively diverted client funds, privately overseeing a “criminal organisation.” Tax documents from 2018 reveal that the suspect’s assets included 14 prime properties and 25,000 bitcoins.

Oliveira is reportedly facing a range of charges, including bankruptcy crimes, money laundering, embezzlement, and running an unlicensed business.

Last month, two South African brothers allegedly vanished with over $3.6 billion worth of customer funds from the wallets of asset manager AfriCrypt.

Although one of the co-founders alleges that only $5 million was lost in a hack, the case provides another highlight of the risks crypto users face as they seek to explore the cryptocurrency investment space.