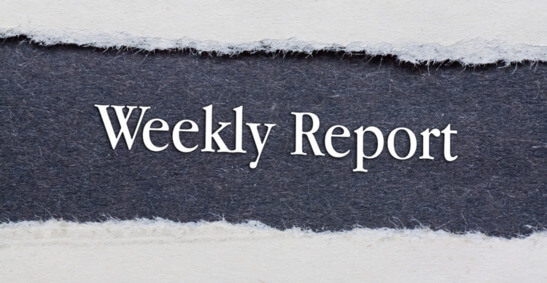 British Police Seize Over £100 Million in a Crypto Laundering Scheme

In addition to the recent FCA warnings against unlicensed cryptocurrency firms, the UK is heightening vigilance in the crypto sector further. Police in the UK revealed late last week that they had uncovered a money-laundering scheme collecting crypto worth £114 million ($158 million).

The Metropolitan Police Service reports that the seizure, which is the largest in UK history, was done based on intelligence received that helped the officers arrest the criminals. The head of Economic Crime Command, Detective Joe Ryan, who led the operation, refused to comment on specifics of the seizure, including the crypto coins involved.  The detective explained that it is essential to cut the criminals’ financial supply before it’s reinvested to make London a safer place.

Further, Deputy Commissioner Graham McNulty warned that with improving technology, criminals are moving to more sophisticated channels of laundering money and the police need to stay ahead of this. The Met official also disclosed that officers have been working to prevent the digital transfer of money among criminals and undercut their sources.

Binance Restarts Withdrawals via Faster Payments in the UK

Two days after receiving a warning from the FCA (Financial Conduct Authority) for the illegal operation of Binance Markets Limited, Binance suspended withdrawals through Faster Payments on Monday. In an occurrence Binance defined as “down for maintenance,” users were temporarily unable to access their assets.

Faster Payments is a popular high-speed inter-bank payment platform widely used by many customers, including Binance consumers, and the period of maintenance elicited concern in the customer base. The crypto platform restored support for withdrawal and banking card purchases on Thursday. It, however, did not specify when withdrawal services to bank cards would resume.

Binance has been in the regulatory spotlight, with increased action being seen as the FCA seeks compliance. Even though the FCA has previously said that it does not interfere with crypto trading, for a period spanning over a year now, Binance has been closely monitored by the regulator. Back in June last year, the crypto exchange firm had to dissociate with its derivatives, Binance Markets Limited and Binance UK, to achieve compliance.

Revolut integrates Polkadot on its app

UK-based FinTech Company, Revolut has added support for Polkadot (DOT) crypto trading to its primary app. The app-based financial firm has been categorised as part of the challenger banks, to mean that it is revolutionizing access to banking in the tech-dominated modern world. Small-sized in nature and taking the digital form, such banking institutions have changed the meaning of banking in areas where traditional banks could not.

Revolut’s adoption of DOT follows another challenger bank, Current.  DOT has grown to become one of the most famous crypto tokens since it gained a reputation during the crypto boom at the beginning of the year. It has attracted many investors and even been dubbed the ‘Ethereum killer.’ The name was inspired by DOT’s structure which has addressed scalability issues and power usage concerns plaguing Ethereum.

Revolut has been improving access to crypto services for the consumers on its app for a while now. The firm recently reported that it would allow withdrawal of Bitcoin to external wallets for its premium customers. However, the report did not indicate whether or when Revolut will expand this service to all customers. The company, which was founded by Gavin Wood, has now recently listed DOGE, MATIC, BAND, and LINK.

The Australian Securities and Investments Commission (ASIC) has released a paper seeking consultation on Exchange Traded Products (ETPs) and other related products. There has been a surge in the interest that ETPs have been receiving in recent months, with several countries taking various actions in response.

The Australian regulator has recognised a need for widespread consultation before deciding because the crypto products in consideration present varied features and associated risks. Currently, the biggest considerations of the ASIC is to ensure that the commission determines the correct crypto assets, with weighted structures for risk management, pricing, and their custody.

ASIC Commissioner Cathie Armour explained that ASIC was intent on setting the base for good practices in crypto-based ETPs. She also said that the proposals would ensure compliance with the existing regulations. The regulator was keen to clarify that the released consultation paper did not signify anything to legalising any digital assets.

Sports franchise Formula 1 and crypto giant Crypto.com announced that they had reached an agreement to a five-year sponsorship deal on Monday. The deal would see Crypto.com gain presence in Formula 1 events and receive trackside spots for the remainder of the season. Cryto.com would also become the official partner of the to-be-launched F1 race format, the Sprint. The agreement is expected to take effect on the eve of the British Grand Prix on July 17.

Ben Pincus, who is in charge of commercial partnerships at Formula 1, explained that the crypto firm would use Crypto.com’s expertise as they seek to venture into the crypto space. Crypto.com has now added Formula 1 to its list of sport sponsorship deals with the crypto platform already well-grounded in the industry. The firm is the official NTF and crypto partner of the Coppa Italia, sponsor of the F1 Aston Martin team and the Montreal Canadiens.

Crypto.com co-founder and current CEO Kris Marszalek explained that NFTs give fans new ways to interact with the sports they love. Furthermore, the interaction of crypto sports is only expected to grow with giant sports clubs such as FC Barcelona and Juventus having already integrated crypto allowing their fans to trade club tokens.

A collaboration between New York Digital Investment Group (NYDIG) and behemoth NCR will see approximately 24 million users gain access to crypto as a service from 650 banking institutions. The former will provide custody services for the crypto, and the latter will link the assets to customers. NCR will thus be protected from the crypto regulatory burden.

With this touted project, NCR is seeking to make a profit from the increased urge by banks and credit institutions’ customers to join the crypto space. By offering these services, NCR intends to build up and compete with crypto exchanges such as Coinbase. The head of digital banking at NCR, Douglas Brown, has previously said that the company firmly believes in the future of crypto and the value that it offers.

As Yan Zhao, the head of NYDIG explained, customers have been streaming from banks into crypto-exchanges, and banks are eager to stop this current. The move is expected to challenge the position of established crypto exchanges by offering crypto services directly from the banks. NYDIG currently manages assets worth $6 billion, being a subsidiary of Stone Ridge Asset Management.