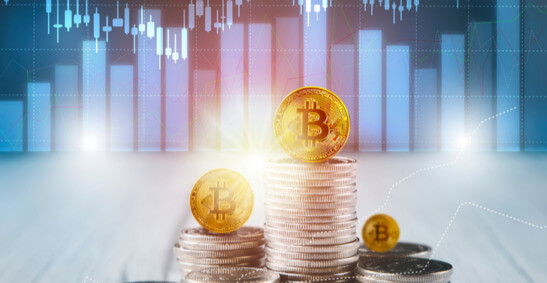 Betterment CEO, Sarah Levy, has revealed that the investment company is actively seeking to join the crypto space. In a Yahoo Finance interview that aired yesterday, the chief executive talked about cryptocurrencies and the gamification of stocks.

Levy spelt out that the company has been exploring avenues through which it could implement crypto services for its customers. She explained that while Betterment and its investors are interested in crypto offerings, the company is still trying to find the best way to integrate them and educate about them as they progress in the industry.

Speaking to Andy Serwer, the CEO outlined that with a variety of options available for their customers; the goal is to offer solutions that would help their customers in the long term. She further suggested that Betterment would offer long term solutions for digital assets rather than short term options. She argued that this route would benefit most of the users who are well informed of cryptocurrencies.

The recent comments signal a change in heart considering remarks she had made just last month. While she had acknowledged that the company needed to venture into digital assets, she had indicated that Betterment was not yet ready to do so at the time. Bitcoin was still flourishing and reaching new heights but the Betterment executive had insisted that the asset management firm was still in the watch and learn mode.

Betterment has been around for over a decade now, and currently, it offers users solutions to invest in stocks and trade in them through its app. The company has already seen a surge in new users having reported a 116% increase in the 2021 Q1 results.  It is worth noting the desire to join the crypto industry has not been limited to just a few.

Reports coming out of The State Street indicate that George Soros’, Soros Fund Management, has been internally approved to start trading in Bitcoin and perhaps other digital assets. Soros, the American Billionaire who is popularly known for strategic investments into bubbles in their early stages, now seeks to dive into Bitcoin which he had three years ago called ‘a typical bubble.’

Furthermore, the reports have now put into context the comments made by the firm’s CIO, Dawn Fitzpatrick, back in March that the investment management fund was at a point of inflection. The inflection point is now seemingly placing Soros Fund Management at a position of trading digital assets.