Virgin Galactic is now licensed to take Bitcoiners to space

Virgin Galactic is now licensed to take Bitcoiners to space 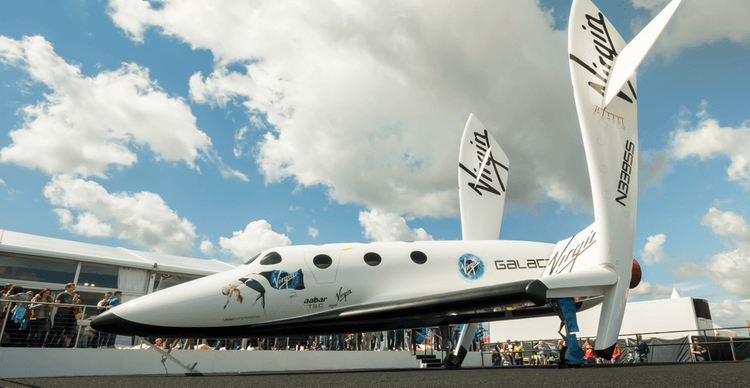 After receiving a licence from the FAA, Richard Branson’s company is ready to fly customers to space, some of whom have already paid in Bitcoin

The company already had a commercial space transportation operator licence which allowed test flights. Following the completion of analysis of a test flight in May, the US Federal Aviation Administration (FAA) announced on Friday it was updating the licence to enable Virgin Galactic to take customers to space. The price of SPCE, Virgin Galactic stock, rose nearly 40% on the back of the news.

Branson’s commercial spaceflights have been a long time coming. He first announced the idea back in 2004 with an aim to start them in 2007. Then in 2013, the billionaire revealed that customers could pay for their tickets in Bitcoin.

“@virgingalactic is the future of travel. It’s time we let future astronauts pay with a futuristic currency … #bitcoins,” Branson tweeted at the time.

Within months of the announcement, several people had already paid for their $250,000 tickets with Bitcoin. These included Gemini crypto exchange founders Cameron and Tyler Winklevoss.

The Virgin Group founder has previously praised Bitcoin: “The idea is very exciting. I think having a global currency where you don’t have to spend all the money changing your currencies is admirable and whoever is behind bitcoin was brilliant.”

About 600 people have booked tickets for Virgin Galactic but the first flight will be for Virgin Galactic employees. After that, Richard Branson himself is likely to be transported to space, with his flight anticipated to take place some time this summer.

This has led to speculation that Branson might win the space race with Amazon Founder Jeff Bezos, who is due to fly to space with his brother on 20 July this year with his Blue Origin space company.

A series of job adverts for Amazon’s Digital and Emerging Payments (DEP) division posted earlier this year revealed that the company was working on a digital currency project in Mexico.

One post explained: “This product will enable customers to convert their cash into digital currency using which customers can enjoy online services including shopping for goods and/or services like Prime Video.”

So it seems that two soon-to-be astronauts believe in the potential of digital currencies.