Iran authorises 30 firms to mine cryptocurrencies

Iran authorises 30 firms to mine cryptocurrencies 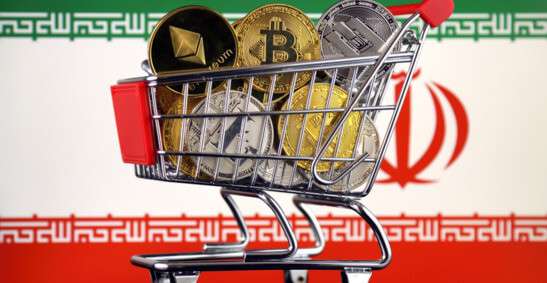 As Iran attempts to regulate the crypto industry, it has now approved specific crypto miners in the country

Following a period of war against crypto, Iran now seems to be toning down on cryptocurrency restrictions. Iran’s Financial Tribune recently reported that the government, through the Ministry of Industries, Mining, and Trade, has issued new licences authorising 30 firms to mine crypto.

Back in May, Iran banned all crypto mining activities, which, as explained by President Hassan Rouhani, were exerting a strain on the already limited amounts of hydroelectric power. Citizens in major cities were falling victim to unplanned blackouts as a consequence. The Iranian President further explained that the country was already facing a season of drought, which had caused reduced the amount of power generated.

The licenses issued by the ministry were spread across a number of provinces, with Tehran, the capital, conspicuously receiving only one license. The Semnan province received six licenses, while there were four approvals in the Alborz province. Each of the East Azarbaijan, Mazandaran, and Zanjan provinces will host four firms as well.

Despite the legalisation of crypto mining in the country about two years ago, the government of Iran has reserved the right to license specific miners. There have not been many licensed firms in the country as a result. With high numbers of errant miners present in Iran and operating without compliance with regulations, Tehran claims mining has generally become a pretty expensive affair.

Before the blanket ban on crypto, Iran was recording deficits of up to 5,000 megawatts of power, with 2,000 megawatts being lost to illegal miners. In fact, earlier this month, the country sanctioned direct action with the government seizing up to 3,000 mining equipment, and just last week, it seized an approximated 7,000 bitcoin mining rigs, all from illegal mining operations in the country.

It is worth noting that the run-ins between the government and crypto miners were not as frequent in the past. Iran had embraced the crypto sector, gifting miners up to half the market price of electricity rates. However, thanks to these favourable terms of operation, the crypto business became an attractive prospect. Miners from several other countries, including China, were pulled into Iran, creating an overload on the industry.

Elliptic reports that just under 5% of all crypto-mining activities take place in Iran, and the country makes millions of dollars from these activities. The revenue accrued is vital in lessening the impact of US sanctions on the country.