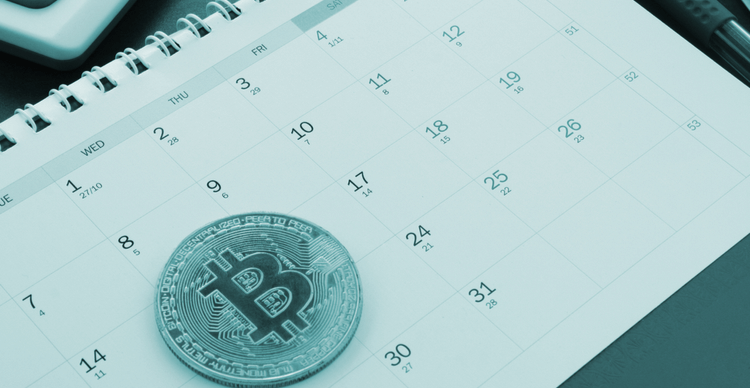 June has delivered the best of both sides of the cryptocurrency sector. With only a few days left to wrap up the month, here is a summary of the most interesting stories that have happened so far.

Crypto concerns are rising again in the UK as reports suggest that the commercial and retail bank, TSB, is set to proscribe crypto services in the coming weeks. The Times‘ report detailing this plan explained that the bank would take action to bar its over 5 million clients from transacting in crypto due to the increased cases of fraudulent activities associated with digital currencies.

The financial institution is said to have received several complaints from customers about the same. The report noted that the bank particularly cited Binance as the most affected platform as it was the source of 849 customer complaints. Kraken’s name was also mentioned as the bank alleged it failed to cooperate with its attempted efforts to resolve the customer issues.

However, both Binance and Kraken have since denied the allegations of failure to cooperate. Kraken’s global head of compliance categorically denied the accusations, while Binance reaffirmed its commitment towards user protection and openness to collaborating with relevant agencies to do so.

Controversial billionaire Oleg Deripaska last week criticised his government for failing to adopt crypto as a means of payment in the country. Russia has not exactly been receptive to the idea of cryptocurrency as it has placed strict regulations on digital assets, and there are plans to declare crypto as property and thus tax any profits made off it. The Russian businessman took to Telegram to air his complaints.

He said  that even less financially-resourced countries like El Salvador had already taken the path of legitimising Bitcoin while Russia still lags behind. Oleg pointed out that the country’s central bank’s regulations made it difficult for the citizens to deal in digital assets. The once richest man in Russia conveyed that Bitcoin would provide Russia with the much-needed means of enabling independence in international transactions.

Even with substantial philanthropy actions, it wouldn’t be that easy to determine Oleg’s motivation since he already has a joint venture between his company, En+, and Bitriver for the supply of power to support crypto mining. The billionaire has previously come under scrutiny for accusations of threatening business rivals, racketeering, and even extortion.

Spanish Bank Santander hosted a pilot program intended to determine the risk the bank is exposed to, courtesy of their customers transacting in crypto, as reported on Tuesday. Elliptic, the party behind the program, is a leading firm in the detection of illegal activities.

The firm leveraged its discovery tool for analysis of customer transactions to vet for suspicious activity in the pilot program. The discovery tool, dubbed Elliptic Discovery, uses advanced Blockchain analysis to perform risk analysis based on an already present precise database and a series of profiles of institutions that facilitate crypto trading. With only scanty information about the risk analysis program available, the bank did not specify how far analysis covered.

Elliptic’s CEO, Simone Maini, asserted that the company was dedicated to helping financial platforms involved in crypto understand the risks involved and ways to combat them. Last year, Elliptic reported that only less than 1% of operations undertaken using Bitcoin were illegal, indicating a significant reduction from the 35% reported by other firms in 2012.

Bloomberg reported on Wednesday this week that Bitmain Technologies had suspended the sale of Bitcoin mining rigs. Bitmain is one of the top manufacturers of Bitcoin mining equipment. The company specialises in designing and developing integrated circuit chips tailored to power the mining of Bitcoin.

The Bloomberg report comes amid increased regulatory action in China as more provinces progressively outlaw crypto mining, citing environmental concerns. The war on mining crypto assets has led to the flooding of equipment in the market from sellers looking to jettison their rigs. The increased supply has consequently resulted in a steep fall in the price of mining rigs.

In a period of just a few months stretching from April, the price of equipment has risen by up to 75%. The company has chosen to step back to avoid more losses, allowing other users exiting the crypto sector to fetch reasonable prices for their tools. Last week, the company held a closed-door event in which it promised miners that it would match them with data centres in countries abroad.

A spokesperson from the company confirmed that the Beijing-based firm would continue selling equipment used in the mining of lesser crypto coins. China’s rejuvenated commitment to carbon neutrality and an increased call for regulatory action in the US could be pointers that the volatility of Bitcoin will continue for a while longer.

MicroStrategy Pushes its BTC Ownership to over 100,000 Coins

Just a few months since its last Bitcoin purchase, MicroStrategy has announced that it has bought around 13,000 more Bitcoins. The bulk purchase set the company back $489 million, according to a statement from its head Michael Saylor. Saylor took to Twitter to break the news confirming that the company had acquired the coins at an average of $26,080 per coin, inclusive of all costs.

The purchase stamps the position of the publicly traded Business Intelligence and analytics company firm among the biggest holders of the digital asset. In total, the company has 105, 085 Bitcoins under its ownership, representing just under 5% of the total supply. Tesla is also among the biggest holders but owns less than half the number of coins in MicroStrategy’s trove.

MicroStrategy’s chief, who also doubles up as a huge Bitcoin proponent, dispelled any fears that the decision to buy BTC was a money-making scheme based on profits as he insisted that the firm plans to hold its Bitcoin for many more years. Economist Peter Schiff’s reply post to Saylor appeared to suggest that Bitcoin’s position results from the elite class convincing investors to put their money into digital assets.

Imbalance and uncertainty have loomed over crypto regulations in India as well as other parts of the world. Indian publisher, The Economic Times reported on Tuesday that in response, top crypto exchanges in the country are mulling over joining IndiaTech to lobby the government to establish regulations for crypto collectively.

Mumbai-based ZebPay is leading the wave as it has already confirmed its membership. The majority of the other crypto exchanges are still considering the option. The increased desire to join IndiaTech has been attributed to the fact that the association has been taking steps towards establishing crypto regulations.

Last month, the industry association published a white paper proposing a regulatory framework that would clearly define crypto, combat the associated risks, and foster innovation. The proposal additionally advanced the classification of crypto as assets that would be either directly or indirectly taxed.