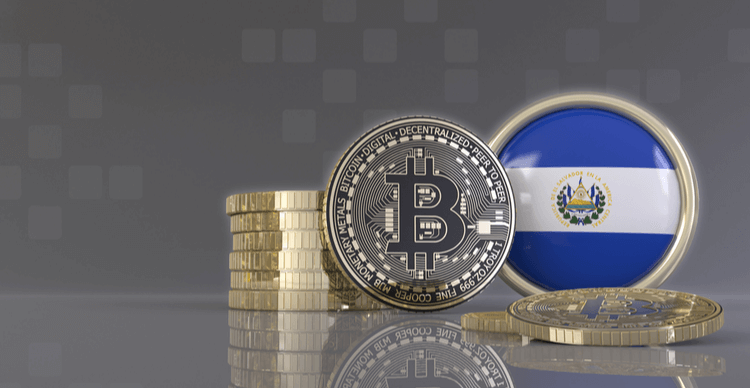 El Salvador and its Bitcoin adoption

El Salvador entered the history books this month as the first country to officially adopt Bitcoin as a legal tender. The Central American country uses the US Dollar as its legal tender, but the parliament voted in favour of adding Bitcoin. The bill was proposed by the president, and the parliament passed it.

The story around the adoption has grown tremendously over the past few weeks. The El Salvador government is now considering the possibility of paying workers their salaries with Bitcoin. Businesses in El Salvador can now display the prices of their goods and services in Bitcoin and the US Dollar. Residents can also pay taxes using the cryptocurrency.

However it hasn’t been a smooth ride for El Salvador. The country needs technical help to officially implement Bitcoin as a legal tender. The government reached out to the World Bank, but the financial institution said it couldn’t offer the technical assistance needed to help El Salvador. The World Bank said it wouldn’t support El Salvador given the environmental and transparency shortcomings. El Salvador has turned its attention to the IMF and is hopeful that talks will be fruitful. The Central American Bank for Economic Integration (CABEI) has also offered to help with the technical aspects of Bitcoin integration. Paraguay is reportedly looking to make the same move as El Salvador, adopting Bitcoin at a national level.

This month could be one of the hardest for the crypto market in China. The month started with social media platform Weibo suspending the accounts of cryptocurrency influencers in China. Search engine giants such as Baidu also blocked the searches for crypto exchanges like Binance, Huobi and OKEx. This makes it tough for Chinese residents to access the cryptocurrency trading platforms.

The FUD continued when Sichuan province cut the power supply for 26 crypto mining farms. The region is a popular destination for crypto miners, thanks to its abundant hydroelectricity. In addition to the 26 mining farms, several smaller cryptocurrency miners were affected. Some of the affected miners are now moving their operations to other countries, especially Kazakhstan. So far, BIT Mining and Canaan have set up base of operations in Kazakhstan, thanks to its favourable stance on cryptocurrency mining. The Mayor of Miami has also invited Bitcoin miners to move to the region and carry out their activities. The mayor is known for his positive stance on cryptocurrencies, and he has been talking with the Florida Power & Light Company to help support cryptocurrency miners.

A few days later, the People’s Bank of China (PBOC) asked banks and other financial institutions to disassociate themselves from cryptocurrency operations. They were asked to cut all cryptocurrency transactions, making it impossible to work with crypto traders and companies. So far, some banks like the Agriculture Bank of China (AgBank) have already told their clients not to get involved with crypto transactions or risk losing their accounts.

Adoption continues despite a decline in prices

MicroStrategy, one of the leading corporate Bitcoin investors, has been accumulating bitcoins in recent weeks. The company raised over $400 million by selling secured notes and used the funds to buy bitcoins. It also announced that it would be selling $1 billion worth of its shares and use some of the funds to purchase bitcoins. Following its recent purchase, MicroStrategy currently holds over 100,000 bitcoins, making it the leading holder of the cryptocurrency.

Interactive Brokers announced earlier this month that it would start offering cryptocurrency trading services by the end of the summer. The broker would allow its users to trade cryptocurrencies via its brokerage platform within a few months. Asset management firm Victory Capital signed an agreement with NASDAQ and Hashdex to enter the crypto market. The asset manager currently controls over $157 billion in assets under management.

Investment bank Goldman Sachs is getting ready to offer Ether futures to its clients. The financial institution already offers Bitcoin-related products to its clients and now wants to add Ether to the mix. Another investment bank Citigroup opened a digital asset unit within its wealth management division. The digital asset unit will explore the investment opportunities available in the cryptocurrency space for its wealthy clients.

John McAfee, the founder of an antivirus software company and a popular name in the tech and cryptocurrency world, was found dead in his cell at Brians 2 Penitentiary Center in Barcelona. McAfee has been on the run for a while after the United States accused him of tax evasion. He was set to be extradited to the US on those charges.

FTX expanding its presence in the sports world

FTX is fast becoming one of the most popular cryptocurrencies in the world. The crypto exchange signed a $210 million partnership deal with e-sports Team Solo Mid (TSM). This is the largest deal in the history of the e-sports industry and will see TSM change its name to TSM FTX. The crypto exchange followed this with another deal with Major League Baseball.  The partnership was with MLB Players Inc., a subsidiary of the Major League Baseball Players Association. Thanks to this latest development, FTX can use player highlights in its own content creation.