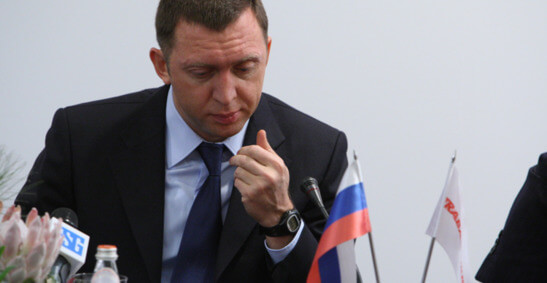 Russian billionaire Oleg Deripaska has revealed his desire to see his country follow in the footsteps of El Salvador. The oligarch encouraged the Bank of Russia to officially accept Bitcoin as a payment means in the country in a similar way to El Salvador that adopted the crypto as legal tender. Through his Telegram account, Deripaska took a swing at the central bank’s stance on digital assets.

He accused the bank of being responsible for the poor Bitcoin adoption because of its uncompromising nature in regulating digital assets. The Russian industrialist argued that the bank’s rigorous and stern approach is the reason why many citizens in the country are not dealing with crypto assets. He proposed the adoption of Bitcoin as a payment method, referencing El Salvador’s case.

”Even poor El Salvador, known for being close to oft-mentioned Honduras, has realized the need for digital currencies and taken a simple path, recognizing Bitcoin as a means of payment.”

Deripaska is known as the founder of Basic Element, a Russian company that deals in metals, energy and construction. Although he hasn’t seriously advocated for digital assets before, he appears to be interested in the same at present. The businessman insisted that embracing digital assets would help the country carry out deals effectively.

Crypto assets are viewed as property in Russia, an outcome of the crypto tax bill. The bill, which allows regulators to enforce a 13% tax on crypto gains, gives Russian crypto investors the right to legal protection. It is yet to be implemented, but should it be, Russian crypto owners that fail to report their tax will be hit with a fine that’s equivalent to 10% of the undeclared amount. Investors that avoid the tax obligation or submit partial tax payments, on the other hand, get a 40% fine.

Meanwhile, European Central Bank’s (ECB) Fabio Panetta has hit out at Bitcoin, metaphorically equating it to a dangerous animal. Panetta, who is an executive board member at the European Central Bank, poured scorn on the cryptocurrency while speaking positively about the planned digital euro. He explained that a digital euro would hold off any risk posed by crypto assets.

Speaking in an interview with the Financial Times, the former Director General of Bank of Italy, pointed out that the leading cryptocurrency is a favourite among criminals around the world. The economist also weighed in on the energy consumption debate that has seen many reactions in the past few weeks.