Amber Group raises $100 M in series B funding round

Amber Group raises $100 M in series B funding round 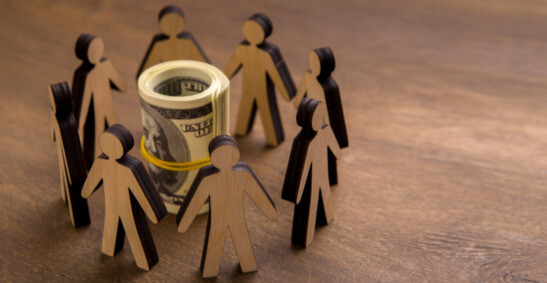 Crypto-finance Amber Group has added $100 million to its war chest following the successful conclusion of a fundraising. The funding round was spearheaded by China Renaissance with other venture companies including Gobi Partners. Arena Holdings, Sky9 Capital, DCM Ventures and Tiger Brokers chipping in. The startup’s total pre-money valuation now stands at $1 billion following the raise.

The latest funding round follows a Series A fundraising completed in 2019 where the company raised $28 million. The round was bankrolled by several investors including Pantera Capital and Blockchain.com. Amber Group’s chief executive and co-founder Michael Wu asserted that the funds will be used in its expansion efforts as the company seeks to establish itself on the global stage. Wu remarked that the company intends to fulfill the demands of its clients and also provide crypto market solutions. The company, which is now going into its fourth year, disclosed in April that it had hit the $1 billion mark in assets under management (AUM) in an announcement first reported by CoinDesk.

The Hong-Kong based firm had a customer base of about 100,000 users at the time, according to the announcement.  Its cryptocurrency investment platform meets the demands of both retail and institutional investors by offering products such as electronic market-making, derivatives, algorithmic trading and OTC trading. In the first two months of this year, the former group had contributed to almost $400 million in AUM.

The platform is also reportedly home to about 500 institutional investors. In addition to assets, Amber Group’s growth has also been reflected in its cumulative trade volume figure. Speaking on the company’s performance, Wu noted, “Since stepping up our on-screen presence, we now account for 2-3% of total trading volumes in major spot and derivative markets and are continuing to see growth.

Our cumulative trading volumes have doubled from $250 billion since the beginning of the year to over $500 billion.” Partly significant to its success is its mobile app that was launched in the third quarter of 2020. It allowed retail investors to join and benefit from its offerings. At the beginning of this month, the crypto finance service provider announced it was introducing a referral program on its app alongside other perks. The mobile application, Amber App, is available in more than 140 countries and supports multiple languages. The company was also a notable backer of CoinDesk’s Consensus 2021.