Weekly report: El Salvador is not getting the help it needs

Weekly report: El Salvador is not getting the help it needs 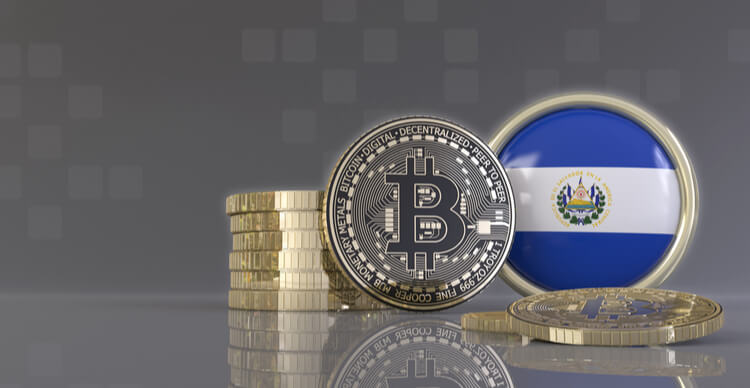 El Salvador has decided to adopt Bitcoin as a legal tender. However, the Central American country is not getting the technical assistance it needs from the World Bank and will have to turn to other alternatives.

El Salvador became the first country to officially adopt Bitcoin as a legal tender. However, the Central American country still has work to do to put everything in place. The World Bank has denied El Salvador’s request for technical assistance to implement Bitcoin to be its legal tender alongside the US dollar. As a result, El Salvador has now turned to the IMF, and the country’s minister of finance said talks are progressing smoothly with the financial body. The Central American Bank for Economic Integration (CABEI) has also offered to help El Salvador with the technical aspects of its Bitcoin implementation.

Although it hasn’t been finalised, El Salvador is already considering paying some worker’s salaries in Bitcoin. The decision would be taken once Bitcoin’s legal tender status is officially signed into law.

The US SEC has postponed its decision on the VanEck Bitcoin ETF application for the second time this year. The regulatory agency says it is seeking views on potential market manipulation and it will decide on whether to approve the ETF application. Currently, the SEC is unsure about Bitcoin as an asset class and is still open to public comments. The regulator is also not looking to regulate Bitcoin this year. The SEC published its regulatory agenda for 2021, and Bitcoin was missing. Thus, implying that cryptocurrency regulation might not take place in the United States this year.

US-based crypto exchange Coinbase has increased the speed at which it lists cryptocurrencies on its platforms. After listing Dogecoin earlier this month, Coinbase added three other cryptocurrencies to its Coinbase Pro platform this week. Coinbase listed Shiba Inu, another popular meme coin, is already on its platform. It also listed Chiliz and Keep Network. The trading of these tokens has now commenced on the Coinbase Pro platform.

Tesla would accept Bitcoin again under one condition

Tesla CEO Elon Musk revealed earlier this week that the electric vehicle manufacturer would start accepting bitcoins for its cars again once crypto miners commit to using renewable energy for their activities. Tesla stopped accepting BTC as a payment option for its electric cars after allegations that most miners use non-renewable energy sources to mine cryptocurrencies. The energy concerns led Tesla to suspend the Bitcoin payment option. However, the company intends to start accepting it again once enough miners commit to using renewable energy sources for their mining activities.

General Motors could accept BTC if there is high demand

The CEO of America’s largest automaker General Motors (GM), Mary Barra, said the company is open to supporting Bitcoin as a payment option if there is enough customer demand. The car manufacturer has no intentions of investing in Bitcoin at the moment, however it would allow the use of bitcoins to pay for its vehicles as long as there is enough customer demand. If that happens, GM would be following in Tesla’s footsteps, though Tesla has suspended the BTC payment option at the moment.

Goldman Sachs to offer Ether options and futures to clients

Leading US investment bank Goldman Sachs is planning on offering Ether options and futures to its clients. The bank has been active in the crypto space for a while, but has majorly focused on Bitcoin. However, it is now set to expand its presence by offering ether futures and options to its clients. Goldman Sachs has also been investing in a few cryptocurrency companies in a bid to become more active in the market.

The Thai Securities and Exchange Commission (SEC) has stopped cryptocurrency exchanges from listing non-fungible tokens and meme coins on their platforms. This latest regulation implies that crypto exchanges operating in Thailand will have to delist all NFTs, meme coins and fan tokens on their trading platforms. The ban was also extended to digital tokens used in a blockchain transaction and issued by a cryptocurrency exchange or related individual.

US-based crypto exchange Kraken had previously wanted to go public via a direct listing on the stock market. However, with Coinbase taking the same route and its stock suffering massive losses over the past few months, Kraken is reconsidering its options. Kraken is now considering listing on the stock exchange via an initial public offering (IPO). The cryptocurrency exchange is planning to go public by 2022. However, it is yet to reveal whether it would be a US publicly-listed company or if it would go public in another country.

Paul Tudor Jones to allocate 5% of his portfolio in BTC

Popular investor and founder of the Tudor Investment Corporation, Paul Tudor Jones, has revealed that he would invest up to 5% of his portfolio in Bitcoin. Tudor Jones believes that Bitcoin is a store of wealth, and the cryptocurrency market has matured tremendously over the past few years. His 5% investment in Bitcoin would see the cryptocurrency market gain hundreds of millions of dollars.