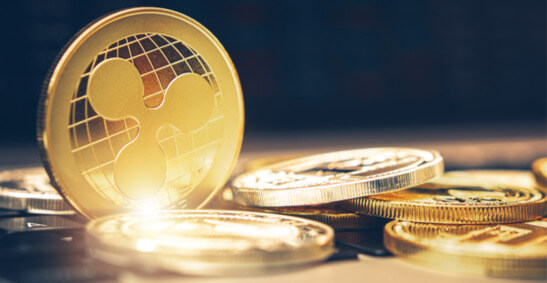 Earlier this week, Tanzania’s President Samia Suluhu Hassan alluded that the East African country might be en route to adopting crypto. Speaking in the port city of Mwanza, President Suluhu instructed the country’s central bank to put measures in place to avoid being caught flat-footed by any crypto developments that might occur.

She also noted that the East African region was lagging in crypto adoption and use. Tanzania is yet to embrace digital assets fully, but the scenario is no different in its neighbouring countries. Her remarks not only signify the country’s domestic interest in cryptocurrencies but also represent the dawning of the crypto and blockchain age in Africa.

It is worth noting that even though African leaders and regulatory bodies have not been keen on crypto, the continent has been active in peer to peer Bitcoin trading for a while now.  A recent report by Useful Tulips revealed that the Sub-Saharan region comes only second to North America in these transactions.

Tesla to accept Bitcoin if a considerably green trend is set

Through a tweet on Sunday, Tesla chief executive Elon Musk announced that the US-based carmaker company would begin accepting Bitcoin again when the crypto attains a reasonable status of green energy.

Musk was, at one time, a huge Bitcoin proponent and even steered Tesla into buying $1.5 billion worth of Bitcoin in February. His interest in the cryptocurrency has, however, seemingly dwindled as he has set eyes on Dogecoin. In May, Tesla closed doors to Bitcoin, citing environmental concerns but kept its Bitcoin holdings.

Several governments, authorities and popular figures have since raised questions around the energy consumption by Bitcoin mining transactions and the resultant emissions to the environment. If this concern is addressed, there is a high likelihood that Tesla will resume accepting Bitcoin payments for its vehicles.

SEC gets an extended discovery period in the case Ripple

Judge Netburn ruled in favour of the Securities and Exchange Commission at the beginning of the week, giving the regulatory body an extension for the discovery period by an additional 60 days. The SEC filed charges against Ripple Labs and its executives, Christian Larson and Bradley Garlinghouse, last year for failing to register its security offering.

In what has been a never-ending encounter, the SEC is insistent that XRP is actually a security and not the currency the defence claims it is.  The court denied SEC’s bid to obtain from Ripple several documents containing privileged information while Ripple separately filed a motion to compel the SEC to reveal documents believed to absolve it of the allegations.

The blockchain company remains adamant that going by the SEC’s logic, the agency should pursue Bitcoin and Ethereum as they are also currencies. In its defence, the SEC claims that the centralised nature of the institution behind Ripple is the distinction of the said instances. Ripple had already detailed plans to go public after the case, and with a cash-flushed backing, it will likely pursue other developments. At present, though, XPR holders remain anxious, awaiting the legal matter to be resolved.

Bank Indonesia outlaws the use of crypto for making payments

In what comes as another significant blow to the already ailing crypto sector, the Central Bank in Indonesia has prohibited the usage of digital currencies to settle payments.  During a virtual seminar organised by the State Audit Board on Tuesday, the Central Bank’s governor, Perry Warjiyo, insisted that crypto is not recognised as a means of payment by Indonesia’s constitution or the country’s Central Banks laws.

He voiced his expectation that all financial institutions, especially the Central Bank’s partners, should steer clear of crypto as a payment tool. Even with the ban, Indonesia still allows trading of crypto in the country but the crypto space remains monitored by the government. The country recently halted the operations of several digital asset platforms that had no licenses.

The government is also reportedly on track to launch a planned digital currency. Governor Perry had announced late in May that the Central Bank was exploring the possibility of developing its own CBDC. The Asian country is said to be weighing its options in regards to the platform it would leverage for the rollout.

The World Bank has remained steadfast in its criticism of El Salvador for adopting Bitcoin as legal tender. The global financial institution was not receptive to the idea from the start. On Wednesday, the bank turned down El Salvador’s request for help in implementing Bitcoin in the country.

The World Bank explained in response to the request that while it was disposed to helping El Salvador in regulatory processes and currency transparency, the associated environmental concerns and transparency challenges bar it from involvement. There are concerns, especially from the International Monetary Fund, that the country intends to drop the US dollar wholly as payments mean. Finance Minister Alejandro Zelaya has, however, reiterated that it isn’t the case.

Zelaya confirmed that the Central American country wasn’t planning to abandon the US dollar. El Salvador has previously been using the US dollar as its standard currency since it abandoned its currency about two decades ago. Zelaya also indicated that the IMF had responded positively to a similar request despite IMF spokesman Gerry Rice warning that the IMF had legal and economic concerns around El Salvador’s Bitcoin decision.