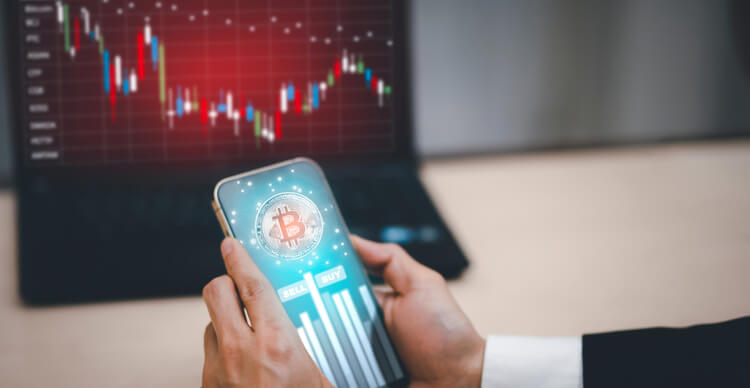 Many institutional investors got drawn into Bitcoin in the first quarter of this year following a successful run that saw the crypto asset post a series of highs.

The crypto market has been dull over the last few months compared to the frenzy witnessed in the first few months of 2021. Despite the lack of wild action, many investors have still managed to take up the flagship cryptocurrency. A recent research by Nickel Digital, an investment manager based in Europe, has revealed that publicly traded firms, exchange-traded products and trusts collectively account for about 6.75% of the entire Bitcoin supply.

According to the study published yesterday, over $6.5 billion worth of bitcoin is controlled by a total of 19 public firms with a collective market capital north of $1 trillion. The figure roughly represents about 1% of Bitcoin’s market capitalisation. The companies invested a combined $4.3 billion and have netted over $2 billion in return. The data from the asset manager further disclosed that another $43.2bn worth of the crypto asset is in the hands of different exchange-traded products and trusts. These investment entities manage the Bitcoin holdings for their clients who include retail investors, and institutional asset allocators.

Speaking about the study findings, Nickel Digital chief executive Anatoly Crachilov asserted, “A growing number of corporations have recently made significant multi-billion allocations to bitcoin as part of their treasury reserve strategies. This, coupled with a confirmed inclusion of crypto assets in the portfolio construction by leading global asset managers […] is a very important endorsement for bitcoin’s emerging functionality of the hedge against inflation.”

Nickel Digital noted a ‘geographical bias’ in the allocations. An overwhelming 65% of the holdings [ETPs and Trusts] are from Canada and the US. 13 of the publicly-listed companies are also from the North American region. Further analysis revealed that the number of companies that added Bitcoin to their books in the first four months of 2021 is greater than that of companies which made purchases last year. Eight companies got into crypto this year with Tesla being one of the standouts. In contrast, there were only seven entrants that directly invested in Bitcoin last year.

The investment manager additionally detailed that 17 listed companies had made Bitcoin acquisitions this year but none had divulged the specifics of their allocation. Nickel Digital previously projected that more institutions would likely adopt bitcoin in the next year. The current data coincides with the projections and suggest an uptrend in firms setting aside funds for digital assets.