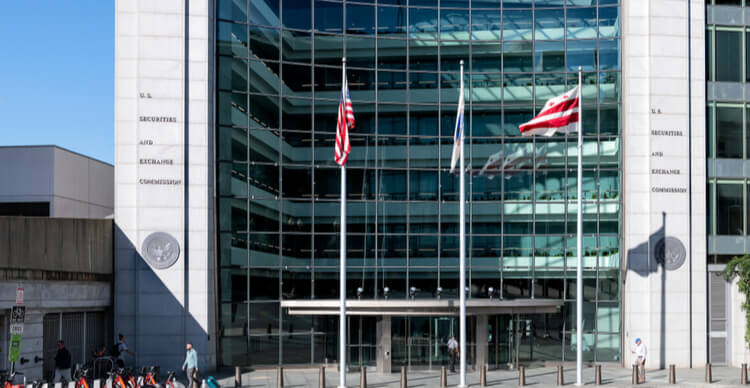 The US Securities and Exchange Commission has now postponed the review of three Bitcoin ETF applications.

The SEC sent out a notice detailing that it has delayed its decision-making regarding Kryptoin’s proposed Bitcoin ETF. The agency explained that it had extended the period in which it would make its decision for an additional 45 days.

Kryptoin had initially submitted its application for approval of a Bitcoin ETF in 2019, but the request has been dormant since. The Delaware-based company amended the initial request, which suggested that it would like to list under New York Stock Exchange to reflect that it seeks to be included in the Chicago Board Options Exchange.

This is not the first time the SEC is extending the decision making period of a proposed crypto ETF. Just last month, the SEC extended the 30th May deadline for decision making on WisdomTree’s proposed ETF for an additional 45 days so it would get adequate time to consider “the proposed rule change and the comments received.” VanEck had also made a similar bid for approval which also extended to this month.

Meanwhile, SEC Commissioners Hester Peirce and Elad Roisman yesterday expressed their concern about the SEC’s current operating model. The commissioners stated that they were worried about the SEC’s tendency to review older regulations rather than develop new rules to govern burgeoning sectors.

The pair warned that the Gensler-led SEC is looking likely to follow the old ways, contrary to Pierce’s initial thought that the Gensler era would usher in a productive period for crypto. Further, indicating their dissatisfaction with the planned review of rules, including proxy voting, the two commissioners have explained that the inclusion of such rules in the Gensler Agenda undermines the commission’s regulatory function.

“The Agenda makes clear that the Chair’s recent directive to SEC staff to consider revisiting recent regulatory actions taken with respect to proxy voting advice businesses was not an isolated event, but just the opening salvo in an effort to reverse course on a series of recently completed rulemakings,” they observed.

The commissioners advised that the agency’s resources should instead be invested in making rules and regulations to govern digital assets and performing similar tasks.