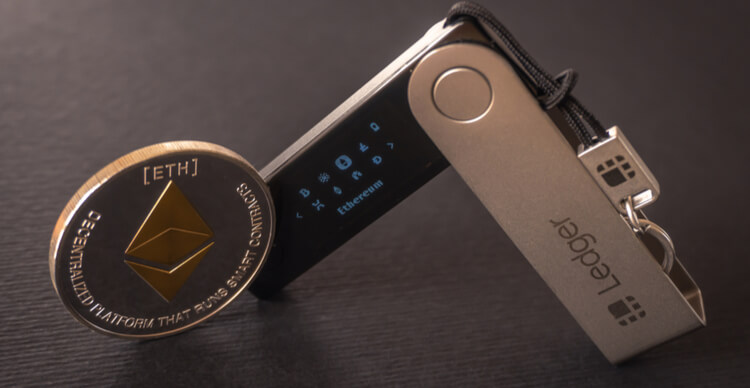 Ledger customers will now be able to swap Ethereum-native tokens including USDT, LINK and WBTC directly in the Ledger Live app.

Hardware wallet maker Ledger announced yesterday that customers would be able to swap Ethereum tokens directly through the Ledger Live app following an integration with ParaSwap.

Launched in 2018, the Ledger Live app already has more than 1.5 million monthly users and facilitates the buying, selling and staking of cryptocurrencies from within the app.

Now Ledger customers will be able to swap their coins in the app as well, which will be quick and cheap through the use of ParaSwap.

ParaSwap is a decentralised exchange (DEX) aggregator which finds the best prices by aggregating more than 20 different DEXs, including Balancer, Uniswap, 0x, SushiSwap and Bancor. There are other, perhaps more well known, DEX aggregators such as 1inch and Matcha, but the Ledger team settled on ParaSwap as they found its interface easy to use.

ParaSwap raised an additional $3 million in seed round funding in May, bringing its total to $5.7 million, with the support of Andre Cronje, Blockchain Capital and Alameda Research, among others. The DEX aggregator first launched on Ethereum, before expanding to Polygon and Binance Smart Chain this year.

The Ethereum-based version of the decentralised application (Dapp) has seen an influx of activity in the last seven days; with the number of users up by 25%, transactions up by 45% and its volume is up by 56% — reaching $770 million over the last week.

The new Ledger Live integration will enable users to swap many Ethereum-native tokens, including USDT, Chainlink, Dai, Wrapped Bitcoin and Polygon. ParaSwap uses an API to split swap orders between different DEXs and find the best routing order, so users are provided with the most competitive prices.

No account is required for ParaSwap as it is a decentralised service. Ledger customers just need to download the ParaSwap Dapp and create an Ethereum account on Ledger Live. The process should be safe as the user’s private keys remain secured within their hardware wallet.

Ledger Live is planning to integrate more decentralised finance platforms in the future. Ian Rogers, Ledger’s Chief Experience Officer, told The Block, “We’re looking to integrate really anything that has a ‘connect your wallet’ button.”