Tesla to Accept Bitcoin on Condition Green Energy is Used

Tesla to Accept Bitcoin on Condition Green Energy is Used 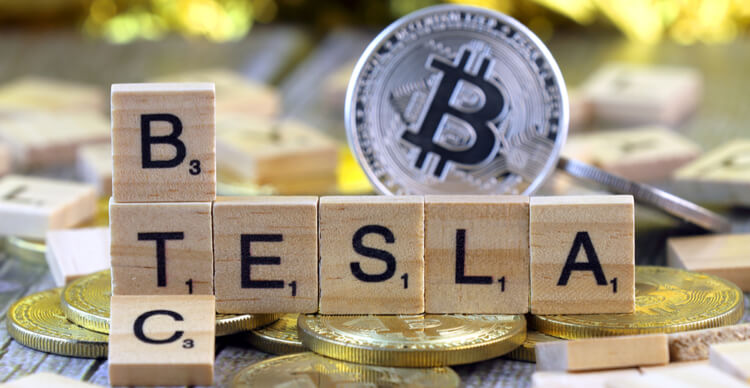 California-based electric vehicle maker Tesla may start accepting Bitcoin payments again on the condition that more than half of the mining energy used is green.

Tesla may not be done with Bitcoin according to a tweet from its chief exec and product architect Elon Musk. Musk revealed yesterday that the EV automaker and clean energy company could potentially go back to accepting Bitcoin payments at some point in the future. The revelation, in the form of a tweet, was in response to claims by Sygnia CEO Magda Wierzycka that Musk was using his influence to manipulate Bitcoin prices.

Wierzycka alleged that Musk was misusing his influence and urged the US Securities Exchange Commission to probe him. The billionaire entrepreneur has posted several tweets referencing Bitcoin and other cryptocurrencies like Dogecoin. This has offended some in the crypto community who feel his posts are swaying the crypto market’s direction.

Tesla’s foray into cryptocurrencies started early this year when the company announced it was directly investing $1.5 billion into Bitcoin. This was followed by another announcement in March when Elon Musk set forth that Tesla customers in the US could settle payments in Bitcoin. The announcement detailed that the company would not convert the obtained bitcoins into cash.

In the last week of April, the automaker published its earnings report for the first quarter of the year. The report showed that it had sold a total of 10% of its Bitcoin holdings. Wierzycka contended that Musk intentionally made a huge Bitcoin acquisition to boost prices before selling when the price was high enough.

In response, Musk shared on Twitter, “This is inaccurate. Tesla only sold ~10% of holdings to confirm BTC could be liquidated easily without moving [the] market.”

Tesla backtracked on its decision last month when it revealed that it was no longer supporting Bitcoin payments citing energy concerns. Musk’s recent tweet, however, suggests that Tesla may bring back the Bitcoin payments option.

He specified that the company will start allowing Bitcoin transactions once again if more than half the energy used for Bitcoin mining is obtained from renewable sources.

He wrote, “When there’s confirmation of reasonable (~50%) clean energy usage by miners with a positive future trend, Tesla will resume allowing Bitcoin transactions.”

There are reports that the announcement contributed to the current uptrend in Bitcoin price. On the other hand, some believe that Musk conveniently made the announcement just as Bitcoin was gearing for a price surge. The decision, nonetheless, offers some hope that the debate of Bitcoin’s energy consumption may come to an end soon.