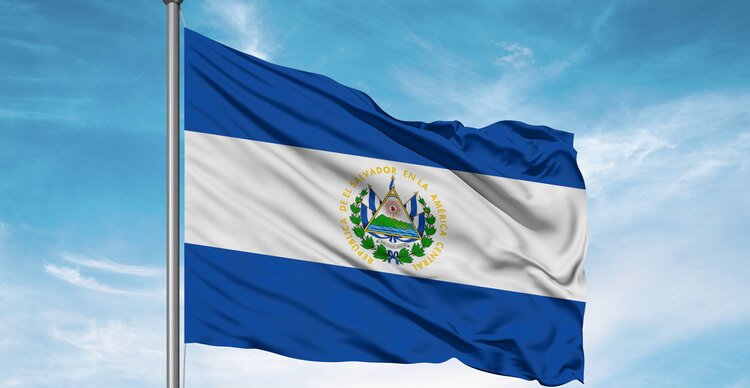 Bitcoin has undergone several stages of growth since it was first launched 12 years ago. The cryptocurrency is already gaining massive adoption by both retail and institutional investors. However, it went a step further this week after El Salvador officially adopted Bitcoin as a legal tender. President Nayib Bukele submitted the bill to the El Salvador congress, and they passed it almost immediately. The country now uses Bitcoin alongside the US Dollar as its official currencies. Following this move, businesses can now display the prices of their goods and services in BTC and also accept the cryptocurrency as payment. The residents can also pay their taxes using Bitcoin.

El Salvador’s action is spurring other politicians in Latin America to look at Bitcoin in a positive light. The Deputy of the Nation of Paraguay hinted that the country is set to focus on an important project involving Bitcoin and PayPal. Politicians in Panama, Brazil, Mexico, Argentina and Colombia are reportedly set to make similar moves as El Salvador.

In another twist, industry sources have revealed that India is also set to cancel its plans to ban crypto trading activities and make Bitcoin an asset class instead. Per the sources, the regulators will work with industry experts on how best to regulate the cryptocurrency market. With Bitcoin becoming an asset class in India, the cryptocurrency market is expected to grow massively in the coming months and years.

Meanwhile, the International Monetary Fund said there are various economic and legal concerns regarding El Salvador’s adoption of Bitcoin as a legal tender. IMF’s Gerry Rice stated that adopting BTC as a legal tender raises several macroeconomic, financial and legal issues that need careful analysis. He claims that cryptocurrencies can pose serious risks and effective regulatory measures are very important when dealing with them.

The Basel Committee on Banking Supervision has proposed that banks can hold Bitcoin and other cryptocurrencies, however they will need to comply with a tough capital requirement if they are to do so. The committee composed of the Federal Reserve, the European Central Bank and other top apex banks suggested that the regulation needs to be applied to ensure that the banks can cover any losses on Bitcoin in full. Hence, banks would be required to comply with the 1,250% risk weight attached to their exposure to Bitcoin. This means that banks will have to hold a dollar in capital for every dollar worth of BTC. The high capital requirement is only applicable to cryptocurrencies and other high-risk assets. Stablecoins are not included since their values are tied to real-world assets.

State Street to set up a digital unit for crypto trading

US custodian bank State Street revealed that it is in the process of setting up a digital unit that would help its clients trade cryptocurrencies. The bank’s head Nadine Chakker pointed out that the growing financial pressures on businesses convinced the bank to adopt crypto trading as an active asset management tool. With the digital unit in place, it will be easy and simple for its clients to trade cryptos. Nadine Chakker also added that more clients are growing curious about cryptocurrencies, another reason why the bank decided to launch its crypto trading division.

Coinbase to work with 401k provider to offer crypto

Leading cryptocurrency exchange Coinbase has partnered with ForUsAll to launch an alternative 401k plan that offers in-plan crypto assets. The plan will officially launch next month, and it would allow employees to invest up to 5% of their 401k contributions in BTC, ETH, LTC and other cryptocurrencies. Currently, ForUsAll controls $1.7 billion in retirement assets, and the firm is eager to broaden the reach of investment options available to its clients. The firm said it intends to keep the crypto investment at 5% and notify participants when their investment surpasses that benchmark. They can sell the extra and transfer the funds to their current balance.

The chairman of Interactive Brokers Group revealed earlier this week that the platform is getting ready to start offering cryptocurrency trading services by the end of summer. Chairman and CEO Thomas Peterffy stated that customers are asking for crypto trading services, and they are working on getting it ready in a few months. He didn’t reveal which cryptocurrencies would be available, but the brokerage firm is already offering Bitcoin futures to its clients. With this latest development, Interactive Brokers would be offering crypto trading services to its 1.3 million customers globally. The broker also controls over $300 billion in customer funds.

China continues to crack down on cryptocurrencies

China continued its crackdown on cryptocurrencies this week. Chinese search engines such as Baidu and Sogou have blocked searches for crypto-related terms. Users can no longer search for crypto exchanges or other crypto-related services. Social media platform Weibo has also begun blocking accounts belonging to cryptocurrency influencers in the country. Currently, it has blocked thousands of accounts. Further reports also suggest that the government is arresting popular cryptocurrency influencers, charging them for crimes such as money laundering.

MicroStrategy is looking to raise $400 million to purchase more bitcoins. The company will raise funds via the private offering of senior secured notes, which would be due in 2028. The private offering is available to investors outside the US. Per recent reports, MicroStrategy has received offers of over $1.6 billion despite needing only $400 million to expand its position in the market. MicroStrategy currently holds over 92,000 bitcoins (worth over $3 billion), making it the largest corporate entity with bitcoin holdings.