Due to the general dislike for privacy coins that the governments have expressed over the years, DASH and many of its peers have fallen from grace, and are now significantly lower in rank by market capitalisation.

Dash itself sits on the 50th spot on the list of largest coins with a market cap of $2.13 billion. So, while many governments have forced the exchanges in their jurisdictions to get rid of privacy coins, privacy coins like DASH are still finding ways to persist.

Last year, when the crypto market experienced a price crash caused by the rapidly expanding COVID-19 pandemic, most coins crashed from rather high points. Dash, however, was already spiraling down from its highest point of February 13th 2020, when it hit close to $130. By March 5th, it was already back to $90. The price crash came, and DASH dropped as low as $50.

Like most other cryptocurrencies, Dash began a steady recovery. One of the many smaller bull runs took it to $100 in early August 2020, but most of the year, it spent fluctuating between $60 and $80. After Bitcoin hit its old all-time high of $20k, Dash hit $100 once again, and while it struggled to breach this level for over a month, the privacy coin finally managed it in late January 2021. 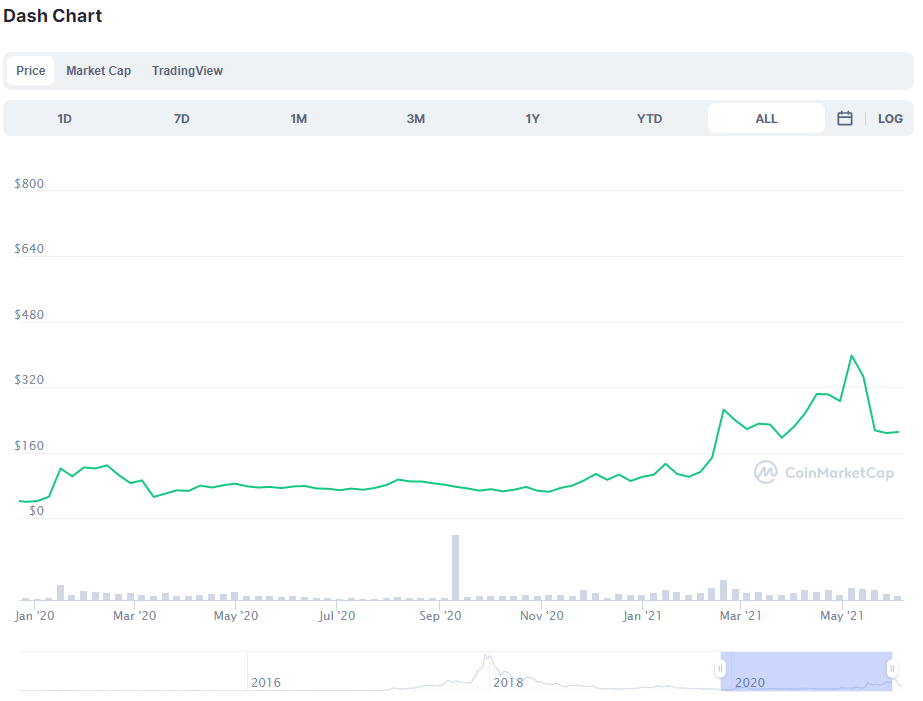 The surge continued, and by mid-February, the coin skyrocketed to $320. However, once again, February turned out to be a bad month for DASH, which corrected to around $200 after the initial growth. Dash then traded sideways until late March, when it once again began to rise. By mid-April, it exceeded its previous milestone by hitting $385. After another brief correction, a new surge took it to its three-year high at $400, almost exactly three years since it was last at this level. 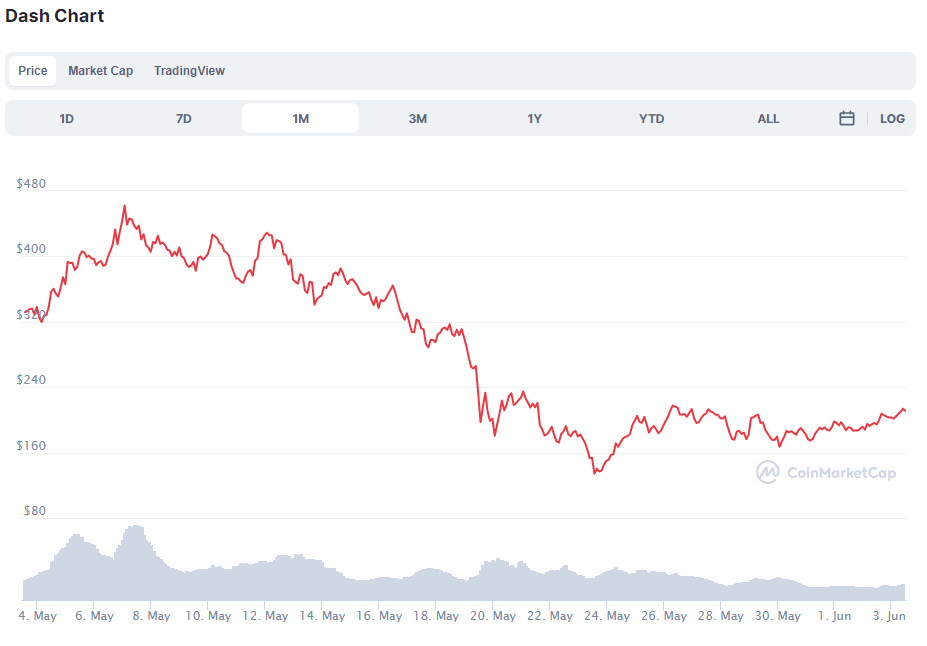 Now that we know DASH’s recent history, let’s see what might happen in its future. First things first, we should point out once again that DASH is struggling more than most coins due to it being a privacy coin. Many cryptocurrencies hit new all-time highs during the recent 2020/21 bull run, but Dash was not one of them. It is thought this was due to a lack of availability. Dash hit $1,642 in December 2017, and from our brief analysis above, it is clear that it never even came close to hitting this level again, let alone going beyond it.

That said, DASH did see some important development recently, as Nigeria-based Cloudbet added the coin to its crypto casino and sportsbook as part of a new partnership. The company now allows Dash withdrawals and deposits, which may prompt other businesses in the betting industry to do the same.

Dash was likely chosen due to the design of its network, which allows transactions to be settled almost instantly, and for only a fraction of a cent. On top of that, it is a privacy coin that allows users to remain relatively anonymous – including blockchain explorers. Many cryptocurrencies are allowing greater traceability in order to align with ever-tightening regulations, but this also means that the privacy afforded by Dash may position it as an attractive option to those who value this quality above all else.

Some believe that Dash, as a privacy coin, will always have a place in the crypto industry, simply because there will always be people who believe that records of their transactions should not be a public matter..

We can say only that the partnership with Cloudbet is a win for Dash, and may have been a contributing factor to it stabilizing around the $200 mark.

As for DASH’s price in June, some believe the value may decrease in the short term to drop below $200 once more. In fact, TradingBeasts believes that the coin will drop to $188 by July of this year and that it will spend the rest of the year slowly climbing back to $200. Interestingly enough, another crypto price prediction website, CryptoGround, seems to agree with this premise. They believe that DASH will actually drop to $162 quite soon and it may take nearly six months to go back above $200. However, they also believe that the coin will grow over time, potentially hitting $1,226 in a few years time.

Trading Beasts, on the other hand, predict that DASH will be lucky to hit $400 by December 2024, which is a rather pessimistic prediction in our view. Still, these are only possible predictions, and nobody knows what will actually happen. So, what do we know? Well, in a world where privacy becomes more scarce, coins like Dash may increase in demand if we as a people retain our right to a degree of anonymity.