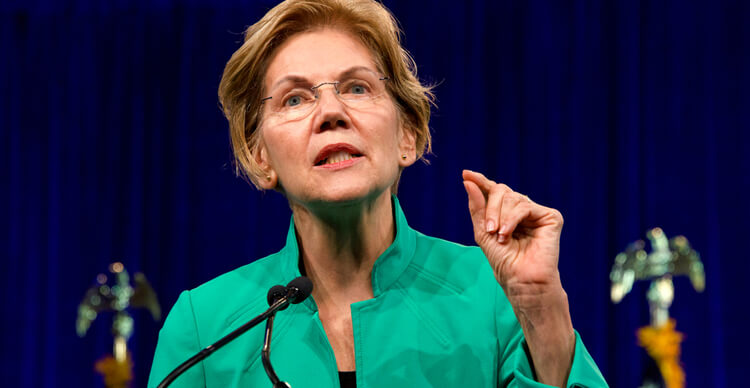 Starting off the sitting, she explained that even though the current crypto boom has created an understanding of the foundational technology behind digital currencies, crypto only qualifies as “a fourth-rate alternative to real currency.” She attributed her view to the idea that crypto is an inferior way of buying and selling things, equally bad as an investment option, and categorised it as home and host to illegal activities.

“That may work for speculators and fly-by-night investors, but not for regular people looking for a regular source of value to get paid in and to use for day-to-day spending.”

She also attacked the lack of defined laws meant to protect crypto consumers. Warren argued that crypto consumers have been falling victim to scams, ransomware attacks and other illegal activities without legal recourse.  She pointed out to JBS USA, a meat processing company, and Colonial Pipeline as two of the recent high-profile ransomware attack cases. Cryptocurrencies were used to facilitate the exploits in both instances.

The Senator made it clear that she was also not a fan of crypto’s energy consumption and consequent environmental impact. She went with the popular claim that Bitcoin operations consume more energy than the Netherlands. Even further, she argued that crypto projects using coal-sourced electricity were “spewing out filth” just to gain a few coins.

When given a chance to discuss a potential CBDC, the hearing’s primary subject, she could not resist taking a jab at cryptocurrencies once again. She rooted for a US government-backed CBDC, explaining that it would help force out cryptocurrencies.

Recently, the US government has indicated that it is scaling up the priority levels of ransomware attacks in national security items. Reuters reported that the US Department of Justice will be regarding the threat of ransomware just like terrorism.