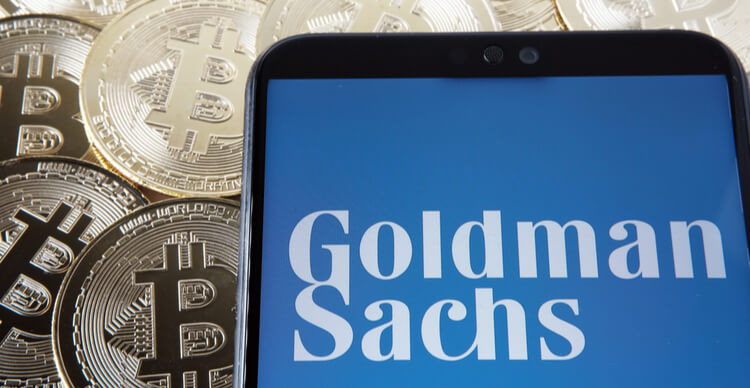 The investment bank appears to have done a U-turn on crypto with its backing of the blockchain infrastructure platform.

Blockchain infrastructure platform Blockdaemon announced yesterday the close of a Series A funding round in which it had raised $28 million. The round was led by Greenspring Associates, with the support of Goldman Sachs, BlockFi, Uphold and previous seed round investors CoinShares, Kenetic and Blockchain.com.

Blockdaemon provides a platform for staking, scaling and deploying nodes to power the blockchain economy. The platform supports more than 40 different protocols, including Bitcoin, the Lightning Network, ETH 2.0, Polkadot, Cardano and Cosmos. A range of businesses and institutions use Blockdaemon’s infrastructure, such as exchanges, trading desks, blockchain foundations and banks.

Founder and CEO of Blockdaemon, Konstantin Richter, commented, “With investment from industry leading financial technology providers and VC firms, this round will enable us to further expand our node infrastructure services, add to our growing team, and strengthen our presence in emerging markets across the globe while deepening our existing strategic relationships with global financial institutions.”

Blockdaemon has already experienced significant growth. With an average of over $5 billion in staked assets, Blockdaemon expects this figure to rise to more than $50 billion by the end of the year. The team also grew this year with the appointment of a new Global Senior Vice President of Sales and COO. Just in the last 12 months, Blockdaemon deployed 10,000 nodes across 40 blockchains in 20 regions worldwide.

Goldman Sachs seems to have done a U-turn on cryptocurrencies. Just last year, the investment bank concluded that crypto was not an asset class. It then appeared to be more open-minded in its report “Crypto: A New Asset Class?”, released last month. And now, Goldman Sachs is supporting blockchain development with its Blockdaemon investment.

North American Head of Digital Assets at Goldman Sachs, Oli Harris, explained, “Blockchain is a key driver of innovation in the financial services industry and Blockdaemon is powering its infrastructure. We are excited to join them as they continue to provide institutional-grade blockchain technology to all that want to leverage it.”

Blockdaemon has already seen its revenue grow 1,000% this year and intends to use its funds for targeted acquisitions to accelerate future growth.