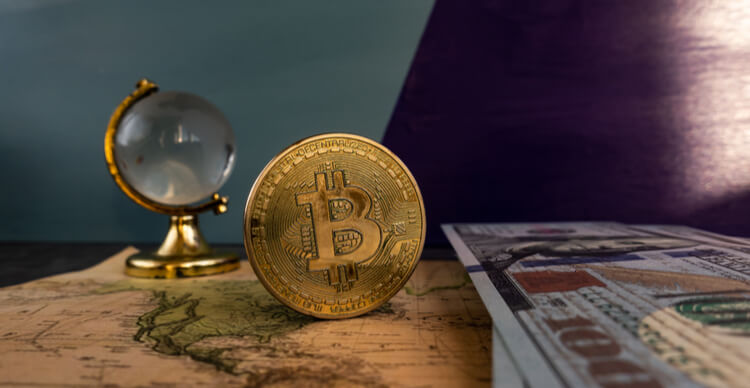 According to a report from Chainalysis, countries like Vietnam and Turkey ranked much higher in Bitcoin gains than in GDP.

As Bitcoin saw a flurry of institutional investors and reached new all-time highs last year, many people realised profits on the cryptocurrency. But who benefited the most? This question was answered by Chainalysis in a report published yesterday that breaks down Bitcoin gains by geography.

The report showed that the US was well ahead of the pack, with realised Bitcoin gains of $4.1 billion last year. This was more than three times as much as China, which took second place with $1.1 billion. Japan and the UK were in the third and fourth spots with $0.9 billion and $0.8 billion respectively.

Although China has historically had the highest raw cryptocurrency transaction volume, last year saw huge inflows into US-focused exchanges, which likely helped the US clinch the top spot.

US investors started to break away from other countries towards the end of the year, with most of their activity taking place on Coinbase. Almost all countries experienced their biggest increase during this period, but the data suggest that other countries held more, while US investors sold at higher prices.

What is perhaps more surprising is that for many countries Bitcoin investment didn’t correlate with traditional economic metrics. India, for example, has a GDP of $2.9 trillion and is the fifth largest economy in the world. Despite this and its high population, the country only ranked 18th in Bitcoin gains.

This may be explained, however, by the government’s sometimes hostile stance on crypto. The Reserve Bank of India banned the trading of cryptocurrency in 2018 and the ban was only lifted in March of last year.

On the other hand, many low-GDP countries made large Bitcoin investment gains. Though only 53rd in the GDP rankings, Vietnam realised the 13th highest Bitcoin gains in 2020. This was driven by the country’s grass-roots crypto adoption which saw Vietnam take the tenth spot on last year’s Global Crypto Adoption Index.

Other countries punching above their weight include the Czech Republic, which ranked 54th in GDP but 17th in Bitcoin gains, and Turkey, which realised the 16th highest amount of Bitcoin gains but only ranks 25th by GDP.

It would appear that Bitcoin is providing a high-performing asset to investors in emerging markets who wouldn’t normally have access to such assets.