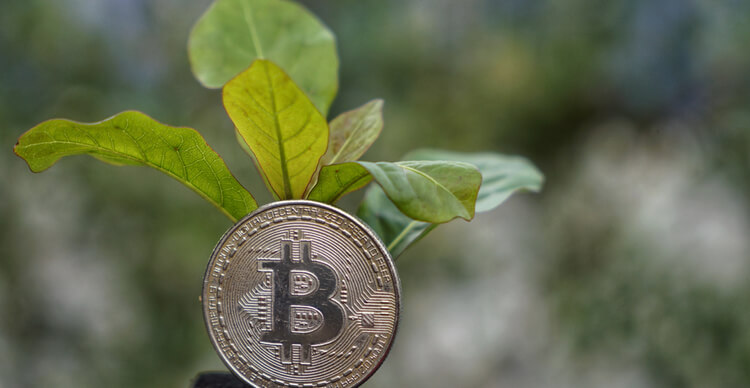 The carbon footprint of the Bitcoin network has been headline news quite frequently this year. With the University of Cambridge estimating an annual electricity consumption of 115 TWh for Bitcoin – which is more than the Netherlands – it’s important how that power is produced.

This is something that many influential figures in crypto are already aware of. Jack Dorsey’s Square recently announced plans to invest in a solar-powered Bitcoin mining facility, and Elon Musk, who contributed to Bitcoin price volatility by tweeting environmental concerns, last month teamed up with MicroStrategy CEO Michael Saylor to help form the Bitcoin Mining Council, which aims to accelerate sustainability.

The latest push towards sustainability comes from Gryphon Digital Mining, which plans to bring to the public markets the first 100% renewable energy Bitcoin mining company. It announced yesterday that it had merged with software company Sphere 3D, with the backing of global influencers SwagBoyQ, Bryant Eslava, Griffin Johnson, Addison Rae and The Rae Family.

Gryphon mines Bitcoin with low-cost hydroelectric power and plans to branch out to other renewables, including wind, nuclear and solar power. Shareholders of Gryphon are expected to become controlling shareholders of Sphere 3D, which trades on the Nasdaq under the ticker ANY.

The venture will be greatly helped by the investment of the TikTok and Instagram influencers, who between them reach an audience of hundreds of millions of followers.

One of the most followed people on the internet, Addison Rae, said, “Sustainability is so important to me and my family. We are excited to be part of Gryphon, a company that uses 100% renewable energy to drive innovation in blockchain technology.”

Gryphon sets itself apart from other companies aiming to offset their carbon footprint by virtue of its zero carbon footprint business model. As one of the first companies to join the Crypto Climate Accord, Gryphon was committed to becoming carbon-neutral by 2030 – a goal which it has already achieved this year.

TikTok influencer Griffin Johnson commented, “Crypto is shaping the future of currency and as a young entrepreneur I want to make sure I am a part of that shift with the best in the business.”

The firm has also publicly committed to environmental, social and governance principles – criteria which are increasingly important to the modern investor.