Weekly Report: Coinbase announces integration of its card with Google and Apple Pay

Weekly Report: Coinbase announces integration of its card with Google and Apple Pay 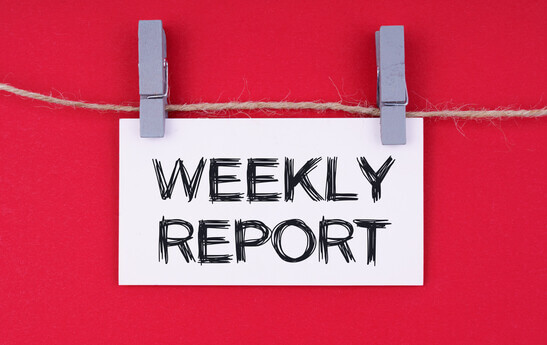 Earlier this week, Ireland’s Business Post reported that BNY Mellon, a US-based custodian and asset management company, aims to launch crypto services in the country. The planned Digital Innovation Hub will be located in Dublin. It’ll provide crypto custodian services in a move the bank defines as betting on the future of cryptocurrencies. The corporation will help clients wishing to deal in digital assets under the regulation of the Central Bank of Ireland.

Ireland’s Central Bank has already voiced its concerns about the great impact that these assets are expected to have. Speaking in a Monday Bloomberg interview, Derville Rowland, a top CBI executive, cautioned investors as to the risks of losing their investments in the crypto space.

She also went on to classify digital currencies as speculative and unregulated investments. With such strong sentiments from the soon-to-be chair of the European Securities and Markets Authority’s investment management committee, the fate of crypto in Europe appears to be hanging in the balance.

Coinbase Card users can now transact their cryptocurrencies via Apple Pay and Google Pay. Coinbase confirmed the news via a blog post published on Tuesday in a move that will make it easier for crypto users to settle payments.

The company behind the biggest exchange in the US additionally plans to give the select users who will be allowed to use the service a 4% crypto reward of the money spent using the platform. The reward program is limited to US-based users, but the crypto firm plans to eventually extend the program to other regions.

The exchange launched its Visa debit card in 2019 in the UK to facilitate the use of Bitcoin in transactions. The service has since spread to several other countries, including the US, where since October last year users have been joining the waitlist. The integration of Google Pay and Apple Pay comes at a time when there are significant developments being witnessed in both the mobile and crypto sectors.

In an effort seemingly showing StanChart’s move towards embracing crypto, the bank announced on Wednesday that it is gearing up to launch crypto brokerage and exchange services.  The planned launch will target institutional clients, specifically in Europe, by linking them to traders dealing in Bitcoin and other digital assets.

The bank’s innovation arm (SC Ventures) will collaborate with OSL, a Hong Kong-based crypto firm, for the new product. The Hong Kong exchange firm is a subsidiary of BC Tech Group. The launch follows HSBC’s insistence that it would not offer crypto services to its customers, at least not any time soon. The StanChart rival has already taken measures to bar its clients from direct contact with firms such as MicroStrategy that are invested in crypto.

SC Ventures’ Alex Manson explained the firm’s belief that crypto-assets will remain highly relevant and that they are here to stay. The SC Ventures head also put into perspective that the new product will create a safe and reliable investment space for big investors.

Thailand’s finance and securities overseer announced on June 1 that all decentralised finance projects involved in the issuance of digital assets must be licensed by the body. Marking the first-ever official communication on DeFi in the Asian country, the SEC warned that the firms issuing digital tokens have to disclose information and only use licensed portals for their activities.

The announcement from the financial watchdog came just a short while after the launch of TukTuk, a DeFi project. TukTuk’s token, TUK, had soared to hundreds of dollars in value, only for it to nosedive below the $1 mark in a reported pump and dump scheme. The SEC also cautioned those seeking to invest in DeFi projects of the need to perform comprehensive research of the projects’ technical and security attributes before investing.

China has laid bare its plans to run a trial of its CBDC with Beijing residents during the upcoming Dragon Boat Festival. It will give away 40 million units of its digital currency in the scheduled lottery event. The amount, approximately equivalent to $6.2 million, will be distributed to 200,000 lucky Beijing residents in red envelopes, each containing 200 digital Yuan.

All willing participants will register using their names and ID numbers via either of the two named banking apps by June 7.  The winners will then be announced on June 11 and they will be able to spend their gifted earnings at specified merchants across the city until June 20.

China’s CBDC, the Renminbi, has been under development since 2014, and the People’s Bank of China (PBoC) is now pushing to scale up the scope of trials. Speaking at the Boao Forum for Asia back in April, Li Bo, PBoC’s deputy governor, explained that China already had plans to make the e-CNY available for use even by international visitors during the upcoming Winter Olympics in Beijing.