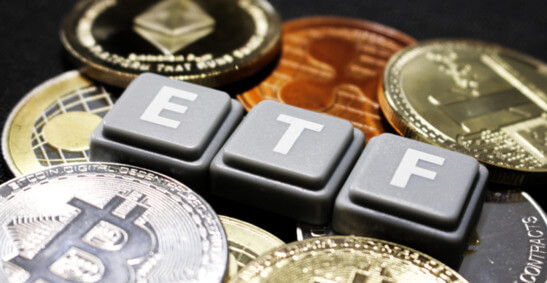 China has renewed its efforts against crypto mining in the country, with Bitcoin miners suffering as the biggest casualties. Reuters reports that all of Huobi, HashCow, and BTC.TOP have set in place measures in response to the government action. A cabinet resolution led by Vice Premier Liu He announced the planned crackdown last week on Friday.

The State Council Committee further revealed that the fight against crypto mining was meant to thwart the financial risks posed by the activity. Huobi stated on Monday that it intended to halt all operations in the Asian country, shifting its focus to other markets. HashCow, on its end, reported that it would cut off investments in Bitcoin mining equipment in the country.

Mining platform BTC.TOP has also ceased all its activities in the country because of the increased regulatory action by the government. BTC.TOP founder Jiang Zhuoer believes that China may lose its crypto computing ability to the external markets.

HSBC CEO Noel Quinn has publicly made clear the bank’s stand on cryptocurrency involvement. Quinn asserted that the bank presently doesn’t view crypto as an asset of interest. Speaking to Reuters on Monday, the bank exec revealed that the bank had no intentions of extending crypto services to customers.

Explaining the aversion to Bitcoin, Quinn cited the asset’s inherent volatile nature as well as the absence of clarity.  The CEO insisted that even though their customers may be willing to take up Bitcoin, the bank won’t promote the digital asset. It has, in fact, made it difficult for its customers to deal in crypto. HSBC previously banned its clientele from accessing MicroStrategy shares due to the latter’s involvement with Bitcoin.

The bank categorically averred it was against association with parties that deal in cryptocurrencies. HSBC remains one of the institutions yet to adopt cryptocurrency even as other major banks open their doors to these digital assets.

London-based finance company Macro Hive has partnered with cryptocurrency solutions firm CoinPayments to incorporate crypto as a payment option. The finance research firm confirmed the same on Wednesday through a press release, saying its users can settle payments in Bitcoin, Litecoin and Ethereum.

Macro Hive boss Bilal Hafeez stated that incorporating crypto payments resulted from increased demand from its community. He also set forth that it was important for the company to stay up to date with new developments as a trailblazer in the industry. Hafeez spoke positively about crypto as a means to carry out transactions securely and more efficiently.

CoinPayments chief exec, Jason Butcher, noted that more customers were seeking to adopt crypto payments.  He said the company intended to maintain its objective of smoothing out the paths of businesses as they embrace cryptocurrency.

Blockchain may be a threat to Fidelity Institutional, in the opinion of Mike Durbin, the company’s head of investments and technology solutions. In discussion with The Block’s Frank Chaparro at the Consensus 2021 event, Durbin highlighted that the company was positioned to benefit from blockchain.

He, however, added that the same technology might also throw a monkey wrench in the works of the company. Durbin noted a lot of potential in the crypto industry, adding that the current developments only represented the surface. He attributed the company’s decision to venture into crypto to consumer demand.

He described the firm’s clients as ‘first-generation wealth creators’ whose goal is to effortlessly invest in digital assets. The executive acknowledged the recent slump in the market had knocked off some confidence and brought doubts among some consumers. Nevertheless, he explained the market tumble as just but a minor setback in the crypto investment journey.

The global payments service firm is set to allow users to make withdrawals to third-party crypto wallets. The announcement that was first reported on Wednesday comes seven months after PayPal took on crypto on its platform.

PayPal’s VP of Global Business Development, Fernandez da Ponte didn’t specify when the feature would arrive but suggested it would be sooner rather than later. PayPal has often rolled out new features gradually per region, and the new functionality is likely to follow a similar path.

Da Ponte didn’t give anything on whether the company was looking to launch a stablecoin offering. He only said that it was not the time to think about that. He dismissed the debate between CBDCs and stablecoins, saying that PayPal is confident both can thrive together.

Indonesia to Develop its Digital Currency

The central bank of Indonesia has announced it is intent on developing a digital currency. The country is set to join several Asian countries like China and South Korea that are in the advanced stages of developing similar virtual currencies. Bank Indonesia’s Governor Perry Warjiyo stated that the decision was inspired by the growth of transactions involving digital currencies.

The bank reportedly seeks to make the CBDC compliant to its financial governing policies and be in line with the set objectives. The Governor stated that the bank was keen to determine if the current financial infrastructure could cut it in adopting the currency. The bank hasn’t yet decided which technology it would leverage for the central bank-backed currency.

Warjiyo also added that the digital rupiah would be held to the same regulations as fiat currency. Though the country banned crypto use in the country, citizens are still allowed to trade digital assets. The bank is hopeful that launching a CBDC would help water down any risks posed by other digital assets.