Monthly News Review May 2021: What’s Next as the Market Recovers?

Monthly News Review May 2021: What’s Next as the Market Recovers? 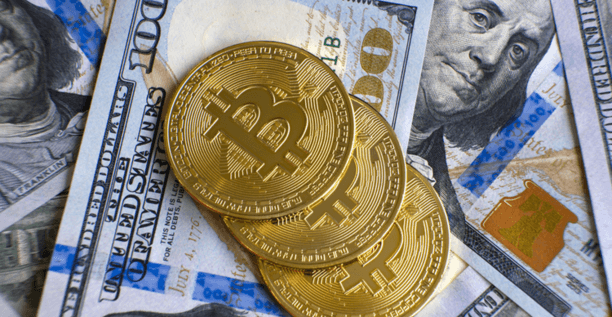 Bitcoin’s price dropped to the $30k region despite the cryptocurrency market gaining adoption from institutional investors.

The cryptocurrency market experienced one of its worst months for nearly a year, losing roughly $1 trillion in the process. Bitcoin, the leading digital currency, plunged by nearly 50% as its price dropped to the $30k region after a massive sell-off. The price is now rebounding and is currently trading around $40k. Ethereum rallied to an all-time high above $4,500 earlier this month but also lost more than 50% of its value to trade just above $2,000. In addition to these two, the other leading cryptocurrencies, including Binance Coin, Cardano, Dogecoin, Polkadot, Litecoin and others, all sustained massive losses.

The price crash also had a huge impact on the market. Leading cryptocurrency exchanges, including Binance, Kraken, Gemini and Revolut, were down during the price crash, making it impossible for millions of traders to either buy the dip or sell their assets.

Despite the market crash, the cryptocurrency market gained adoption from numerous traditional financial institutions. Banking giant UBS announced that it is exploring various ways to offer its clients access to cryptocurrencies. The Swiss bank wants to allow its wealthy clients to invest a portion of their wealth in cryptocurrencies.

However, it is yet to decide the crypto investment products to roll out. Citigroup was the next financial institution to reveal that it is working on offering its clients cryptocurrency services. The investment bank said there is a high demand for crypto services from its services, and it is working on providing them with access to crypto-related products. However, the bank said it would only launch regulatory-compliant services.

Investment bank Cowen was another major financial institution that announced its entry into the cryptocurrency space. The bank said it would provide cryptocurrency custody services to hedge funds and asset managers. The move would make Cowen one of the first Wall Street firms to offer such services to its clients.

Goldman Sachs began offering Bitcoin derivatives to its investors earlier this month. The bank’s clients now have access to non-deliverable forwards (NDFs), with Goldman Sachs purchasing and selling BTC futures in block trades on CME Group. S&P Dow Jones made its move by launching three cryptocurrency indexes. The newly launched indexes track the performance of Bitcoin, Ether and a combined performance of BTC and ETH as measured by market cap. Online investment firm Saxo Bank also launched a cryptocurrency offering that allows its customers to trade BTC, ETH and LTC against leading fiat currencies EUR, USD and JPY. The firm said this service would be available from a single margin account, and users don’t need to maintain a cryptocurrency wallet for it.

Finally, MoneyGram revealed its US customers could withdraw their cryptocurrency holdings in cash at any of its outlets in the country. The payment giant said it intends to expand its services to Europe and other parts of the world in the coming months. MoneyGram launched this service in partnership with Coinme.

The SEC now has two Ethereum ETFs to review

The US SEC is reviewing nine Bitcoin ETF applications from various companies. However, it now has its hands full as Ethereum’s adoption grows. This month, VanEck and WisdomTree filed for Ether exchange-traded funds (ETFs). These are the first two Ether ETF proposals to be submitted in the US. Ethereum is the second-largest crypto by market cap, and more investors are seeking exposure to the asset. Canada has already approved three Ethereum ETFs, with a couple more Bitcoin ETFs already trading on various exchange platforms.

This month was also characterised by companies and countries issuing bans and restrictions on certain crypto activities. Tesla announced it would no longer accept Bitcoin as a payment option for its electric cars. The company cited Bitcoin’s massive energy usage and its impact on the environment as the reason why it is halting this payment method.

China then followed this with two important news stories regarding cryptocurrencies. The National Internet Finance Association of China, the China Banking Association and the Payment and Clearing Association of China collectively announced that financial institutions and payment companies are banned from providing services to cryptocurrency individuals and businesses. Chinese Vice Premier Liu He and the State Council then called for a crackdown on cryptocurrency mining and trading activities. China is the leading crypto-mining country in the world, accounting for over 60% of total Bitcoin mining activities.

PayPal to allow customers to withdraw their cryptos to external wallets

Online payment giant PayPal said it is working on a feature that would allow users to withdraw their cryptocurrencies to third-party wallets. PayPal currently allows its customers to buy, sell and hold four cryptocurrencies. However, they are not allowed to transfer the coins to other wallets. PayPal announcing this comes a few weeks after UK-based Revolut revealed that its customers could withdraw their bitcoins to external wallets. The trend could see more payment companies offer the feature to their customers.