Wall Street Guru to Explore Cryptocurrency In a Big Way

Wall Street Guru to Explore Cryptocurrency In a Big Way 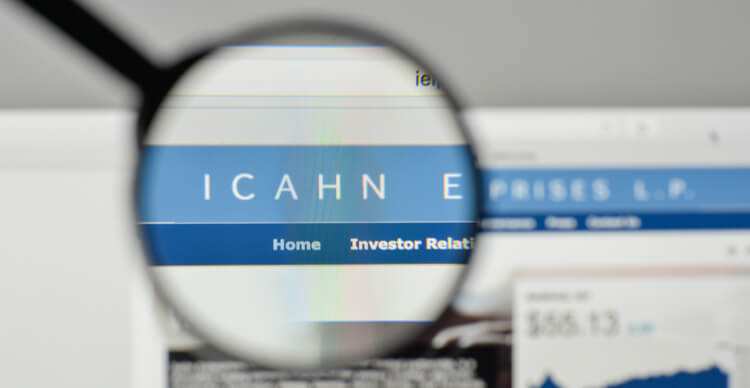 US businessman Carl Icahn has changed his mind on cryptocurrencies and is looking to get into the sector. The billionaire also revealed his preference for Ethereum over Bitcoin yesterday when speaking in a Wednesday interview with Bloomberg.

Icahn hinted at a potentially huge investment to a tune of up to $1.5 billion in cryptocurrency.

He joins other heavyweights like Ray Dalio, Stanley Druckenmiller, Paul Tudor Jones, who have recently been attracted to the sector. Icahn described the development and growth of cryptocurrencies as a ‘natural manifestation’ of today’s economy. Several investors have started turning their backs on the dollar as they search for better stores of value.

Icahn showed concern about the dollar’s current status explaining that it was seemingly set to depreciate, and it could end up losing its hegemony status as the reserve currency. Icahn was keen to admit that he didn’t consider himself an expert in the crypto industry.

The Icahn Enterprises founder confirmed that he had not invested in the cryptocurrency sector but was keen to explore it. He took issue with cryptocurrency detractors saying that the assets had as much value as the US dollar.

The billionaire cited one instance where the US dollar edged cryptocurrencies, i.e., tax, as the former’s value lies in paying taxes. Asked about his take on Bitcoin and Ether, he threw his weight behind the latter, citing more use cases. He argued that the two were distinct. Bitcoin, in his opinion, is only practical as a store of value, whereas Ether can be used as a store of value and as a payment item.

When quizzed if he was considering getting into either of the cryptocurrencies, he responded that he was looking to do it in a big way.

He asserted that by ‘a relatively big way,’ he did not mean getting into the market and trading crypto coins. Asked how much he projected his company would inject in the venture, he replied, “… a billion dollars, billion and a half dollars, something like that […] But sometimes we go bigger than that, sometimes a lot smaller, so I’m not going to say exactly.”