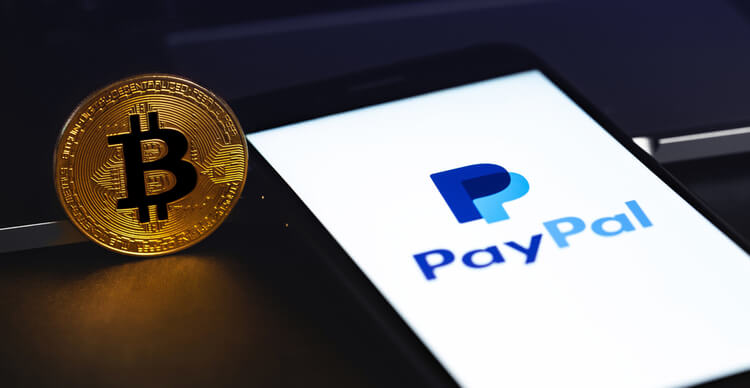 US-based payments service provider PayPal has continued with efforts to embrace cryptocurrencies following its entry into the space seven months ago. The company announced yesterday that it is seeking to introduce a crypto withdrawal function. The latest move will allow users on the platform to transfer their crypto into third-party wallets.

Speaking during CoinDesk’s Consensus 2021, the company’s VP and GM of Crypto & Digital Currencies, Jose Fernandez da Ponte, affirmed that support for external wallets would be added. The payments firm first opened its platform to cryptocurrencies in October last year, permitting its customers to purchase the crypto assets directly. However, an area of criticism was that the company allowed the users to only hold their assets without moving them off the platform.

PayPal intends to change this with the upcoming functionality, although no specific date has been given on when the crypto withdrawal feature would be introduced. He did hint that it would be soon, saying that the company tended to roll out developments every two months. Judging from history, though, PayPal will likely bring the feature gradually using a regional approach.

“We want to make it as open as possible, and we want to give a choice to our consumers, something that will let them pay in any way they want to pay,” the PayPal executive said. “They want to bring their crypto to us so they can use it in commerce, and we want them to be able to take the crypto they acquired with us and take it to the destination of their choice.”

PayPal’s move to support cryptocurrency last year was a big plus to the crypto space. The decision to allow withdrawals of digital assets into other wallets will certainly help push mainstream recognition of cryptocurrencies. There are reports suggesting that the company is considering launching its stable coin. Asked about the same, the executive responded by saying it was too soon and touched on central bank digital currencies.

He explained that PayPal offered a convenient way of distributing the digital currencies to the masses as it was well suited to tackle logistic issues that could arise. He played down any comparison between central bank-backed tokens and stablecoins.

“It absolutely makes sense that central banks will issue their own tokens,” he said. “Sometimes we position the debate as CBDCs versus stablecoins, but it’s a bit of a fake debate. There is no trade-off. We think they will co-exist.”