GameStop to Develop its Own Non-Fungible Token Platform

GameStop to Develop its Own Non-Fungible Token Platform 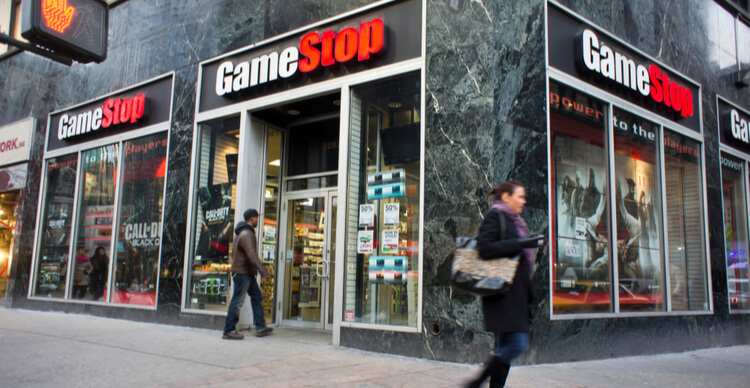 Gaming retailer GameStop is developing a nonfungible token (NFT) platform and is currently building a team for it.

GameStop is looking to enter the non-fungible token (NFT) market and is currently hiring creatives that could help to make it happen. This is according to information from the company’s website, where GameStop has dedicated a page to NFT development.

The company said, “We are building a team. We welcome exceptional engineers (solidity, react, python), designers, gamers, marketers and community leaders. If you want to join our team, send your profile or something you’ve built to: [email protected].”

At the moment, the exact scope of the project remains unclear. However, GameStop added a link to an Ethereum address on the page, which could signify that the NFT platform would be developed on the Ethereum blockchain.

The NFT market has received lots of attention in recent months. NFTs have gained adoption in numerous sectors, including sports, music, film and art. So far, popular celebrities such as The Weeknd, Eminem, Tom Brady and LeBron James have all launched their NFTs. Also, sporting institutions like Major League Soccer, Manchester City, the NFL and the NBA have also released their NFT collections.

GameStop’s smart contract code shows ‘Game On Anon’ and links to the company’s NFT page. The code indicates that GameStop could develop a dedicated token, GME, for the NFT platform.

GameStop saw increased prominence a few months ago when retail investors on Reddit and other social media platforms pumped its stock price. This led to some brokerage platforms such as Robinhood stopping people from buying the stock.