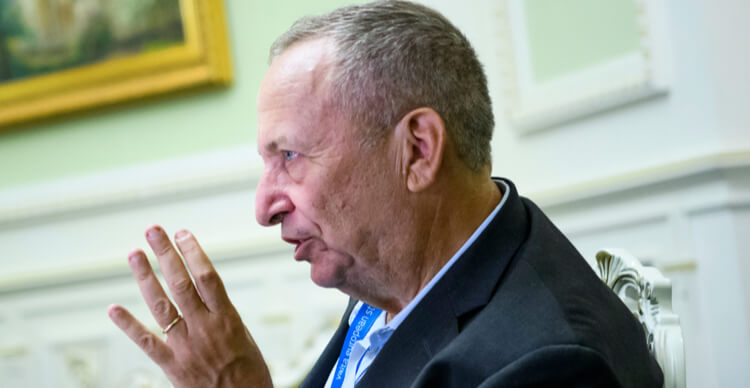 The former chief economist at the World Bank, Lawrence Summers, has backed cryptocurrencies like Bitcoin, saying they are likely to remain relevant for the foreseeable future.

Economics expert Lawrence Summers has expressed his views on cryptocurrencies and their impact on the current financial systems. Summers, who briefly served as Treasury Secretary under President Clinton, is confident that cryptocurrencies are here to stay, but he has concerns about their applications. Speaking during an interview with Bloomberg’s Wall Street Week, the veteran economist expounded more on the growing role of crypto assets in markets around the world.

He argued that investors are usually eager to jump into investment opportunities that don’t share the traditional investment approach. He referenced history when investors started flooding into the gold market as a viable investment. Summer pointed out that gold has previously provided an unconventional investment option that is not under the central authority umbrella.

“Is there […] a long-standing human desire to hold an asset that feels separate and apart from the day-to-day workings of government? I think the answer to that question, history shows, is yes. I think gold has been the primary asset of that kind for a long time.”

He went on to explain that current investors were following a similar path by injecting funds into cryptocurrencies. The former World Bank economist projected that many people would continue getting into these digital assets.

“I think that crypto has a chance of becoming an agreed form […], so my guess is that crypto is here to stay.”

While he is certain that these digital assets will remain relevant and have different use cases, he doesn’t think they will be successful in the payments industry. He ruled out the possibility of crypto assets developing into mainstream units of exchange, saying that not many people will adopt them to settle payments. He is, however, optimistic that these digital assets will be crucial in online commerce.

Morley asserted that while Bitcoin is more valuable and developed than Ethereum, the latter has more utility. He noted that Ethereum is more versatile through smart contracts, albeit its full potential is yet to be leveraged.