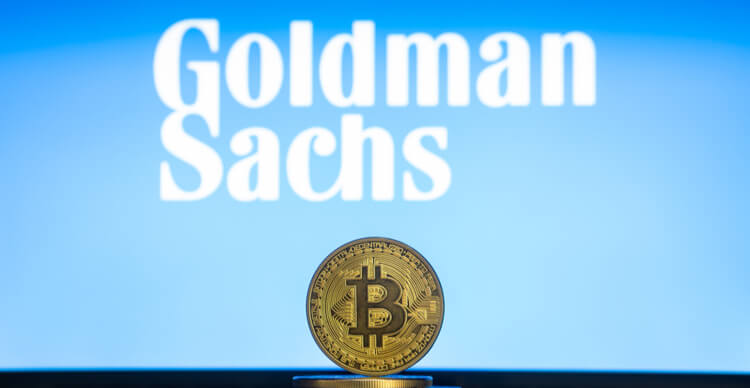 A forthcoming report from the investment bank shows that cryptos have performed strongly this year compared with traditional assets.

Goldman Sachs hasn’t always been onboard with crypto. Last year it concluded cryptocurrencies weren’t an asset class, due to a range of reasons such as they don’t generate cash flow like bonds or earnings through exposure to economic growth.

The investment bank then backtracked somewhat, hiring a Vice President of Digital Assets last year and restarting Bitcoin futures trading in March 2021. Now, it appears Goldman Sachs has reevaluated its position on cryptocurrencies.

Just one year after its denial of crypto as an asset, Goldman Sachs is releasing a new report called “Crypto: a new asset class?”. Pages from the forthcoming report were shared on Twitter by Aike Capital Founder Alex Kruger on Saturday.

The report opens with a discussion on whether crypto can be considered an institutional asset class by talking to several experts in crypto and finance. Michael Sonnenshein, CEO of Grayscale Investments — which holds more than 3% of Bitcoin’s total supply — was unsurprisingly an advocate for crypto, suggesting that investors were attracted to the scarcity of assets like Bitcoin as a hedge against inflation.

Galaxy Digital Holdings CEO Michael Novogratz and Goldman Sachs Co-head of Forex Strategy Zach Pandl were in agreement, while NYU Professor of Economics Nouriel Roubini argued that crypto couldn’t be considered an asset as it has no income, utility, or relationship with economic fundamentals.

The report goes on to present a range of data on cryptocurrencies and their performance. It shows that Bitcoin and Ether have performed strongly year-to-date compared with traditional assets, while other coins like XRP and Dogecoin have seen even larger rallies this year.

Goldman Sachs’ research shows that as of May 19, about 70% of Bitcoin and 85% of Ether was held in profit, but also demonstrates that these assets are far more volatile than the stock market.

After some figures on the supply and distribution of Bitcoin and Ethereum, the report defines some key crypto terminology and provides details about the top coins, including Cardano, Polkadot, Internet Computer and Algorand.

Finally, Goldman Sachs explains how to buy and transfer Bitcoin and some of the cryptography behind Bitcoin transactions.