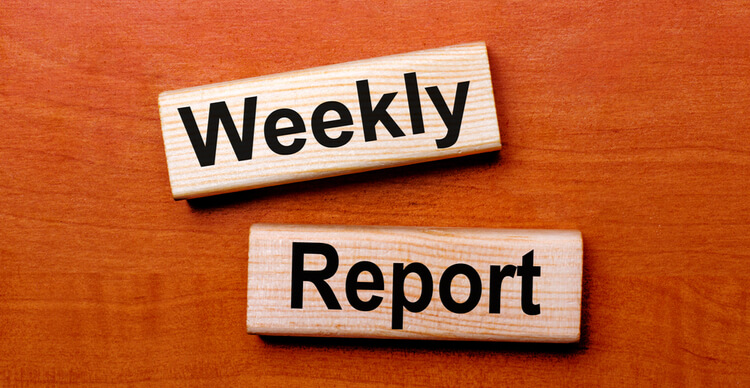 With all the focus on the gloomy cryptocurrency market, here are other interesting stories that might not have caught your attention.

Nervos, an open-source blockchain ecosystem, has announced it is launching a blockchain fund dubbed InNervation. The fund would be worth $50 million and would feature CMB International bank as a key partner. It is worth noting that Nervos is still in the works for Force Bridge, whose release is planned before the quarter is done.

Force Bridge would enable cross-chain support for Bitcoin, EOS, Tron and Polkadot. Kevin Wang, the Nervos co-founder, confirmed the forthcoming release while reaffirming commitment to developing tools suited for multi-chain support. CMBI has been an investor in Nervos since 2019, when the two companies jointly worked to develop dApps customised to offer financial services.

The banking institution tapped on Nervos’ Common Base Knowledge and one layer protocol for identity verification, the tokenisation of assets, and facilitating payments. Nervos’ objective for the next three years is to fund start-ups wishing to integrate the Nervos blockchain. The startups will each be parting with initial investments ranging between $200,000 and $2 million.

Russian-linked cybercriminals have been highly attributed to the rise in crypto-ransomware. The activities of the Russian darknet, Hydra, are said to be responsible for the surge in ransomware. Chainalysis’ Crypto Crime Report from February showed that ransomware victims had paid up to a tune of $350 million last year.

Since then, more ransomware addresses have been discovered, driving the actual 2020 figure to more than $406 million. The average values of crypto payments made to ransomware have constantly been rising for the past few years since 2018. Chainalysis’ mid-year report detailed that in the first quarter of 2021, the average figure had risen to $54,000 from $20,000 recorded last year. As per the report, the total value of ransomware payments in crypto sums up to 81 million.

The emergence of new strains of ransomware on top of the older strains has been another cause of the increased number of attacks. The ransomware as a Service (RaaS) model is the most common, with most of those who use the model migrating across strains. Blockchain analysis shows that some of the most notorious ransomware may be originating from the same entity.

Report Suggests That India May Form a New Crypto Committee

The government of India could form a committee to explore ways of regulating crypto as a digital asset. The Economic Times reported this week that the discussions are still nascent, but it could be a huge step towards a new crypto era. The new panel will take a different approach from the one taken in 2019 when the-then crypto committee recommended a blanket ban on crypto.

The new blood in the Finance Ministry asserted that recommendations from the Subhash Garg-led panel were outdated, and new options needed to be sought. The growth of crypto in India has been noted by Finance Minister Nirmala Sitharaman, who is expected to address the issue later this month.

She previously revealed that the government intended to take a ‘calibrated’ approach to the matter. The government of India had scheduled the Cryptocurrency and Regulation of Official Digital Currency Bill for March but postponed it to July when the Parliament reconvenes. It remains to be seen whether the suggestions in the bill match the recommendations from 2019. That said, there is still hope that government regulation will favour the Indian crypto community.

The National Bank of Egypt has started using RippleNet blockchain to facilitate cross-border payments with the Lulu International Exchange based in the United Arab Emirates. The Lulu Financial Group has a reach in over 11 countries with more than 235 branches spread over UAE, the Gulf Cooperation Council, and the Asia-Pacific regions.

Egypt attributes 8.8% of its GDP to inward remittances, according to figures from the World Bank. In 2020, this translated to an estimated $24 billion worth of money sent back home. NBE’s Hesham Elsafty cited the need to adopt new infrastructure to transfer remittances as one of the main reasons for the move. NBE’s relationship with Ripple aims to reduce costs and increase the overall efficiency of the transactions.

RippleNet uses blockchain technology to assist its associates worldwide increase the performance and scale of their businesses. RippleNet confirmed that it had over 300 clients as of last year, including major banks such as the National Bank of Fujairah. On the contrary, not many banks have adopted Ripple’s native token XRP.

Sony has recently revealed a patent claim for a betting service based on live-streamed esports where users would place bets using virtual and physical assets. Patentscope reports that the patent was filed back in 2019, but Sony did not announce it until this month.  In the suggested betting system, esports streamers will concurrently watch the game and bet on the possible outcomes.

Machine learning would be incorporated to determine the odds for the game based on several factors. The patent is, however, not specific to Sony PlayStation as it also referenced other gaming console manufacturers like Nintendo.

Having recently bought Evo, Sony could be looking to partner the patent claim with their ownership of Evo, the biggest tournament fighting game. This adds to the list of numerous patent claims that the gaming corporation has been filing. Sony has previously attempted the patent of a system pairing struggling gamers with experts and another patent for the ability to add trophies to emulated, older games.