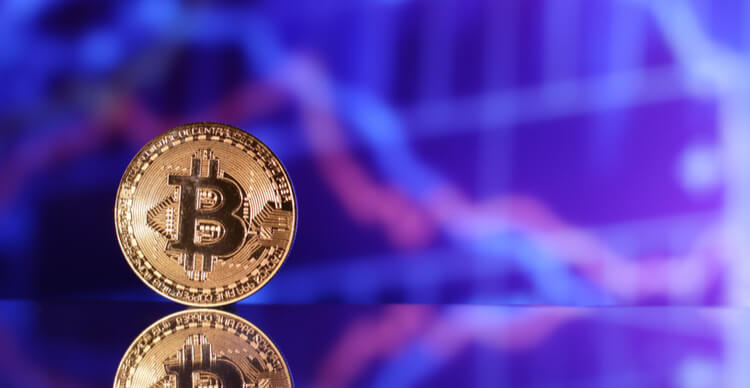 The cryptocurrency market shed off hundreds of billions of dollars this week, with Bitcoin dropping below the $40k level for the first time in months.

This week was a bearish one for the cryptocurrency market as hundreds of billions of dollars were shed off. Bears took full control of the market, leading to a massive decline in cryptocurrency prices across the board. Bitcoin saw its price drop from above $50k to roughly $30k during the week. However, the price bounced back a little, and the leading cryptocurrency is now trading above $39,000. Ethereum also lost 28% of its value this week, dropping from its all-time high above $4,500 to trade at $2,700 on crypto exchanges. The massive sell-off could be because of the panic caused by statements from Elon Musk and China. Despite the decline, several analysts and experts are confident that this is merely a correction, and prices will soon bounce back.

Tesla CEO Elon Musk attacked Bitcoin earlier this week, claiming that the cryptocurrency is not a decentralised entity. According to Musk, Bitcoin is a highly centralised cryptocurrency since most of the hashing power is controlled by many big mining companies. He claims that any negative situation with the mining plants could affect Bitcoin’s performance. Despite his attack on Bitcoin, Musk revealed that Tesla hadn’t sold any of its BTC stash. This latest development comes a few days after Musk revealed that Tesla had stopped accepting BTC as payment for its electric vehicles due to concerns over Bitcoin’s energy use and its effect on the environment.

Chinese authorities issued a ban on cryptocurrency-related services again earlier this week. The National Internet Finance Association of China, the China Banking Association, and the Payment and Clearing Association of China banned financial institutions and payment companies from providing crypto-related services to companies and individuals in the country. Per the order, the financial institutions won’t be able to register, trade, clear, or settle any transactions related to cryptocurrencies. The agencies warned its citizens that cryptocurrency trading is risky, adding that the Chinese government won’t cover any losses a crypto trader suffers. China has a long history of banning crypto activities in the country after banning exchanges, initial coin offerings (ICOs) and other events.

Leading crypto exchanges went down during the market correction

The massive price crash this week was followed by some drama in the cryptocurrency market. Binance, Coinbase, Kraken and a host of other crypto trading platforms went down or restricted people’s access to their accounts during the market crash earlier this week. During the crash, several investors tried to sell their investments while others wanted to fund their accounts. However, the exchanges became overload and couldn’t handle the orders. Causing some traders to miss out on buying the dip. Revolut, Kraken and Gemini also experienced connectivity issues that restricted customers from using the platforms.

Wells Fargo to provide crypto access to its wealthy clients

Despite the massive dip in price, Bitcoin continues to gain adoption from financial institutions. Wells Fargo, one of the leading US banks with over $2 trillion in custody, said it would offer its wealthy clients access to cryptocurrencies. The US bank will roll out its investment strategy by next month, saying it would only be available to the selected clients. Wells Fargo said it believes cryptocurrencies are alternative investments, and qualified investors can enjoy them via personally managed funds. Wells Fargo joins a growing list of US banks entering the cryptocurrency space. So far, Goldman Sachs and Morgan Stanley are already offering the service to their wealthy clients. Citigroup and JPMorgan Chase have declared interest in providing similar services to their clients.

Bank of America to use blockchain to settle stock trades

Bank of America revealed it had joined the Paxos Blockchain Stock-Settlement Network. The US bank will use blockchain technology to settle trades faster and more efficiently. According to the bank, switching to the Paxos network will enable it to reduce its stock settlement period from two days to minutes. Bank of America said it has been testing the Paxos system internally for the past few weeks and intends to use it for its clients once it becomes a clearinghouse. Paxos offers a faster, cheaper, and more efficient stock settlement method than the Depository Trust & Clearing Corporation (DDTC). DTCC is the major player in the stock settling industry and has dominated for the past 50 years.

US-based crypto exchange Coinbase said it would list Solana (SOL) on its Coinbase Pro trading platform starting Monday. Customers were allowed to start transferring Solana into their Coinbase Pro accounts yesterday, but the trading services will be available from 24 May. Solana is an exciting project in the cryptocurrency space and has attracted a lot of attention in recent months.

Online trading and investment firm Saxo Bank launched its cryptocurrency trading services earlier this week. The offering allows its customers to trade Bitcoin, Ethereum and Litecoin against fiat currencies EUR, USD and JPY via a single margin account. Traders can do this without maintaining a cryptocurrency wallet. According to the company, the service is available to UK clients. They can trade the available Crypto FX pairs during normal forex trading hours from Sunday evening to Friday evening. They can also open both long and short positions in the three major cryptos.