Crypto-exposed stocks feel the force of the crypto dip

Crypto-exposed stocks feel the force of the crypto dip 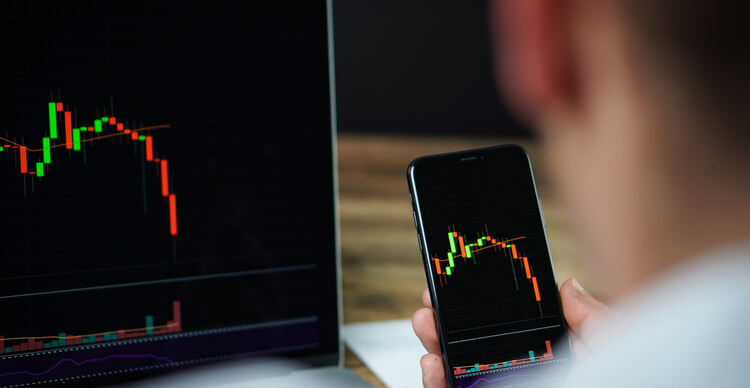 The huge drop that engulfed the crypto market yesterday saw $400 billion wiped from the total crypto market cap in the space of an hour. Bitcoin fell 30% to touch a daily low at $30,000 — levels not seen since the end of January. And every other major cryptocurrency seemed to fall with it.

The dip wasn’t just confined to the crypto market though — many crypto-exposed stocks were also affected. Coinbase, which earlier this week proposed a $1.25 billion private offering, saw its stock (COIN) plunge to an all-time low of $208 yesterday, which represented a 13% drop from the previous day’s close.

Digital asset manager Galaxy Digital (GLXY) also felt the dip, trading down by a third when it opened yesterday. Galaxy Digital CEO Mike Novogratz didn’t seem fazed, however, telling CNBC, “It felt like we had capitulation this morning… [but] … the story hasn’t gone anywhere, this crypto revolution is happening.”

MicroStrategy has the largest Bitcoin holding of any publicly traded company, with 92,079 BTC, and its stock (MSTR) opened yesterday down nearly 14%. MicroStrategy CEO Michael Saylor was undaunted though, tweeting, “Entities I control have now acquired 111,000 #BTC and have not sold a single satoshi. #Bitcoin Forever.”

Behind MicroStrategy, the second largest Bitcoin treasury belongs to Tesla (TSLA), which was down 4.4% at one point yesterday. Elon Musk has been blamed for injecting FUD (fear, uncertainty and doubt) into the Bitcoin markets following negative tweets he made about the cryptocurrency last week. In fact Bitcoin yesterday sunk below its price when Tesla announced their $1.5 billion BTC purchase back in February.

Although Musk previously aroused fears that Tesla might be about to dump its Bitcoin holdings, he appeared to imply the opposite yesterday:

(Diamond hands is trading terminology for holding onto assets adamantly).

The crypto market’s “Black Wednesday” didn’t seem to hit the stock market too hard, however, as all the aforementioned stocks managed to finish the day with a green daily candle