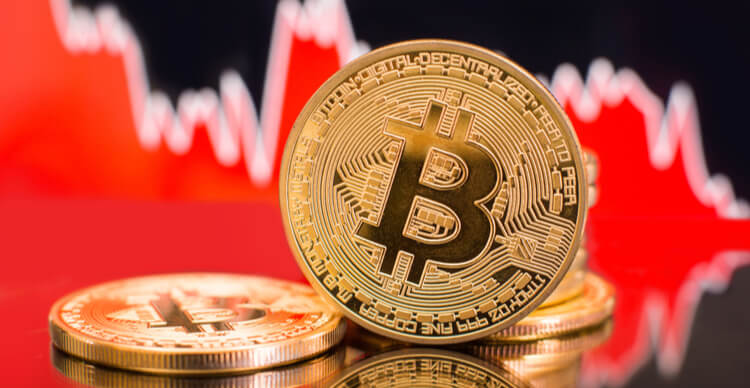 Bitcoin’s value against the US dollar reached its lowest level since February 8, when Tesla announced its $1.5 billion BTC purchase

Bitcoin’s correction continued this morning as its price tanked below $40,000, piercing this level for the first time since February 8. At the time of writing, the flagship cryptocurrency is changing hands around $40,105, with buyers trying to rebound off lows of $39,200.

The BTC/USD pair on Coinbase has shed over $3500 in the past 24 hours, with total intraday losses of 12.7%. Bitcoin now trades at its lowest level in 14 weeks, with much of the gains erased over the past two weeks.

Data from CoinGecko shows that the world’s largest cryptocurrency by market cap has lost 26.4% of its value in 14 days. The price is currently 40 percent down from its all-time high of $64,895, reached on 14 April 2021.

The dump appeared to gather speed after Tesla CEO Elon Musk flipped on his sentiment about Bitcoin. Despite an affirmation that Tesla had not sold any of its BTC holdings, the fear index within the market has remained extremely high, with whales depositing huge amounts of BTC to exchanges. This will likely keep the bearish pressure in the short term, according to one analyst.

Whales started depositing $BTC to exchanges when the price was $50k.

Tbh, I was super bullish before Elon’s tweets, and then this shit happened after his tweet. Can’t blame him, but it seems like a butterfly effect.

Until this indicator cools off, I’ll keep my bearish bias. https://t.co/P5H2cwdnww pic.twitter.com/ioWLen1rVI

The negative sentiment also got some fuel on Tuesday when Chinese banking and payment regulators warned financial institutions against conducting business with virtual currency-related firms.

While market data shows this to be the largest correction for Bitcoin in the current cycle, the 40% dump is yet to match the last major bleeding seen in March 2020. At the onset of the coronavirus pandemic, BTC crashed 60% from a peak of $10,000 to reach a floor of around $3,800.

Whether bears take a stranglehold and push prices lower might become clearer if the rot deepens towards the critical $30k level. On the contrary, strong buying could see a short-term rebound.

The bloodbath has not spared the rest of the crypto market. Ethereum, which reached an all-time high above $4,362, has plunged below $3,000 to trade at $2,977. Binance Coin (BNB), Cardano (ADA), Polkadot (DOT), and Litecoin (LTC) have all declined double digits to hit new 7-day lows.