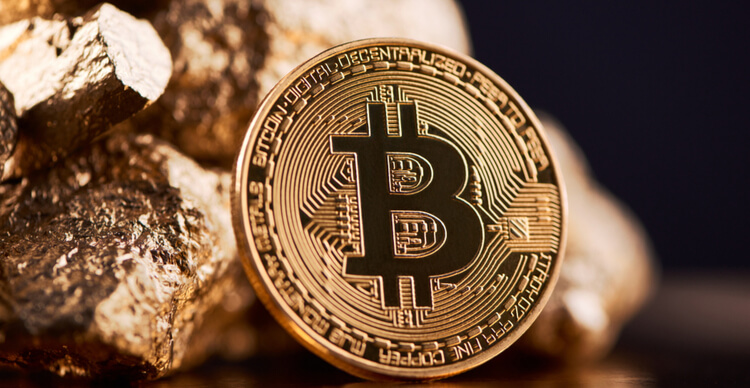 A report from the diversified financial services firm Galaxy Digital has revealed that Bitcoin is more energy-efficient than Gold.

Bitcoin has, in the past, been frequently weighed against different assets but none more than Gold. Some industry experts have even described it as the digital version of gold. However, there have been a lot of questions surrounding its energy consumption. Bitcoin’s carbon footprint in 2019 was so huge that it was compared to carbon emissions in the cities of Hamburg and Las Vegas by the Technical University of Munich.

On more than one occasion, the flagship cryptocurrency has been criticised by individuals and institutions that believe it is not energy efficient. The report from Galaxy Digital, however, seems to challenge these claims. It comes just a few days after Tesla announced it would no longer accept Bitcoin payments for its electric vehicles. The automaker cited concerns for its energy usage as rationale for the decision.

The report pointed out that while most people are eager to criticise Bitcoin, they hardly do the same to other financial industries and assets. Galaxy Digital explained that energy usage by the traditional financial industries was harder to assess because the institutions don’t submit data on electricity consumption.

The author of the report was keen to acknowledge that the Bitcoin network consumes a lot of energy, adding that the energy consumed was vital in making the network robust. According to the calculations presented by Galaxy Digital, Bitcoin consumes 113.89 TWh per year. To put this into context, the cumulative energy used by always-on devices annually in the US is estimated to be 1,375 TWh. Bitcoin’s annual electric consumption figure is about twelve times less.

In the case of Gold, the author managed to find a workaround for estimation by evaluating all the processes involved. The author arrived at a rough figure of 240.61 TWh/year, which is more than twice the figure recorded by Bitcoin.

The report considered various aspects for the banking industry, including Automated Teller Machines, card network data centers, banking data centers, and bank branches. Based on the analysis, the average power consumption was noted to be 238.92 TWh/year — slightly less than that of Gold.