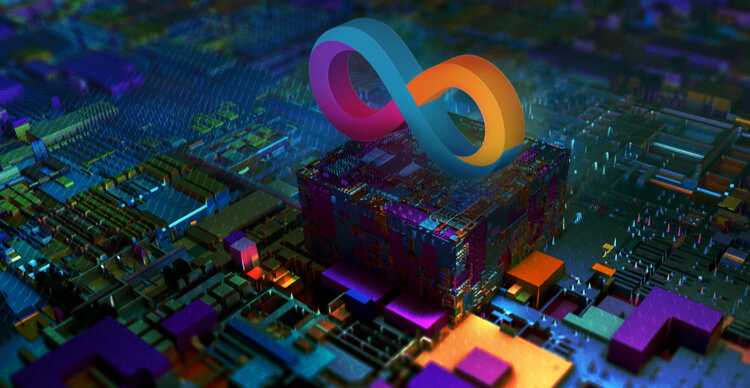 Internet Computer began trading last week and has dominated search volume on CoinMarketCap since its launch, reaching a recent high of $700.

What is Internet Computer?

Internet Computer aims to improve the public internet by providing a Layer 1 platform for a “limitless environment for smart contracts that run at web speed, serve web, scale, and reduce compute costs.”

Developed by the Dfinity Foundation, Internet Computer can be used by developers to create websites and internet services by installing their code directly onto the platform, which is hosted entirely on the internet.

Based in Zurich, Switzerland, Dfinity has offices based all over the world, and looks to provide support for businesses creating decentralised applications.

Internet Computer has seen a price increase of 7.6% to take its current value up to $315 — an impressive valuation considering the platform only launched a week ago. This is likely partly due to the increase in buy orders for Internet Computer, which have sent its price higher.

How is Internet Computer different from Ethereum?

Internet Computer sees itself as an improved version of Ethereum — citing increased transaction speeds and that it is the first “blockchain computer”, which is achieved by using its Chain Key Technology.

Internet Computer could represent an exciting investment opportunity for those who have faith in the “second-mover advantage”, whereby a competitor takes advantage of the innovation of their predecessor to leapfrog over them. Ethereum has been plagued by developmental delays in the past, something the developers have blamed on scalability issues and the decentralised nature of blockchain projects.

In Ethereum’s defence, the protocol has scheduled updates in the coming months to decrease transaction times and gas fees.

Where can I buy Internet Computer?

Trading volume for Internet Computer over the last 24 hours has been around $787 million, making it a relatively low cap coin for the time being before more buy orders potentially come in.

To purchase cryptocurrencies on Coin Kong, users will need to register for their account verification. Coin Kong connects customers to the most premium brokers available in their countries, and automatically lists those offering the lowest commission deals in the market. Coin Kong offers all the major cryptocurrency coins, from Bitcoin to Ethereum as well as 100s of altcoins, and those newer ICOs. It’s the preferred option for traders looking to grow their portfolios with access to the best coins in the market. Please note that this platform is only available to non-US customers.

By signing up to eToro, traders can buy, sell and trade Ethereum using the platform’s plethora of trading resources and copy trading platform to follow Ethereum traders. eToro also offers lots of stocks, shares and other cryptocurrencies – so it’s well with signing up if you’re thinking about starting your trading journey and are looking for a place to start.