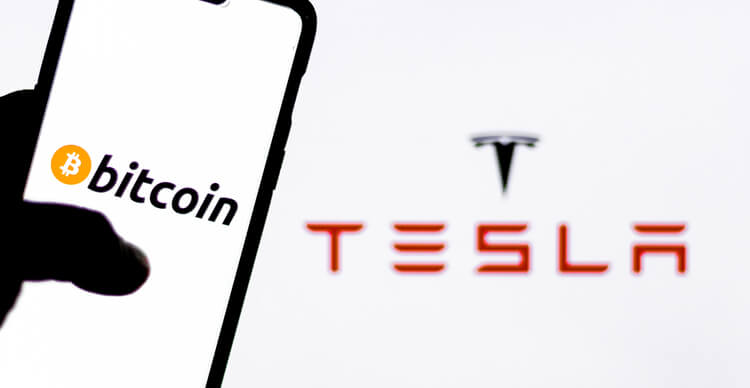 Electric car manufacturer Tesla revealed earlier this week that it would no longer accept Bitcoin as payment for its vehicles. Tesla CEO Elon Musk said the move is due to environmental concerns, claiming that Bitcoin mining consumes a lot of energy, and this affects the environment. Musk added that Tesla would look at other cryptocurrencies that consume less power than Bitcoin. This has led to widespread talks about the cryptocurrency to replace Bitcoin on Tesla’s payment option. Several experts have discussed the possibilities of ETH, XRP, and DOGE. Dogecoin is a strong option, as Musk conducted a Twitter poll a few days before Tesla ditched Bitcoin. Over 70% of the respondents wanted the electric vehicle manufacturer to accept the meme coin as a payment option.

MoneyGram, one of the largest financial service providers in the world, has partnered with Coinme to allow people in the United States to cash in their cryptocurrency holdings. Coinme users can use any of the thousands of MoneyGram outlets across the United States to buy cryptocurrencies with cash or sell their cryptos and receive cash. MoneyGram is set to expand the service to other parts of the world in the next few months. The firm said it wants to be a pioneer in bridging the gap between cryptocurrencies and cash, and this new service will make it easier for people to swap between the two.

Huobi Ventures raises $100m to invest in DeFi and M&As

Huobi Group has launched its latest subsidiary, Huobi Venture. The subsidiary will focus on growing Huobi’s venture investment portfolio by supporting innovative blockchain projects via long-term investment strategies. According to the press release, Huobi Ventures will invest $100 million into early-stage blockchain and decentralised finance (DeFi) projects over the next few years. It will also carry out strategic acquisitions to diversify and expand its offerings and launch a $10 million nonfungible token (NFT) platform. Huobi is one of the leading cryptocurrency exchanges in the world, and the launch of Huobi Ventures will allow the company to expand its presence in the digital asset world over the coming years.

Binance under the scrutiny of US government officials

The world’s largest crypto exchange by trading volume, Binance, is reportedly being investigated by officials of the US Justice Department and the Internal Revenue Service. Sources close to the matter told Bloomberg that the officials are looking at Binance’s activities and those of its users. This is part of an effort to curb illicit transactions and activities within the cryptocurrency space, the report added. The officials are concerned that cryptocurrencies are being used to carry out illegal transactions involving theft, drug deals, and more. The IRS’s concern is that several Americans who made profit trading cryptocurrencies on the platform are evading taxes. However, the sources said the US government officials hadn’t accused Binance of any wrongdoing at the moment.

Swiss banking giant UBS is currently exploring ways to offer its clients access to cryptocurrencies. The service will be restricted to wealthy clients at the moment, and UBS will only allow them to invest a small portion of their wealth to protect them from the volatile nature of cryptocurrencies. A source told Bloomberg that UBS could provide the service via third-party investment vehicles. However, it is unclear who UBS will choose to partner with on this project. UBS is now the latest investment bank to consider entering the cryptocurrency space, following in the footsteps of JPMorgan Chase, Julius Baer Group, and Citigroup.

Diem partners with Silvergate and moves to the US

Facebook-backed Diem Association announced its partnership with Silvergate Bank earlier this week. The partnership will see Silvergate become the exclusive issuer of the Diem USD stablecoin while Diem will operate the Diem Payment Network (DPN), a permissioned blockchain-based payment system that allows the real-time transfer of the stablecoins. Diem is also moving its main operations to the United States from Switzerland. The blockchain association said it would no longer register with Swiss financial regulator FINMA but with the US Financial Crimes Enforcement Network (FinCEN).

Popular e-commerce platform eBay revealed earlier this week that its customers can now buy nonfungible tokens (NFTs) on its platform. eBay is one of the most popular platforms for buying and selling collectibles, and adding NFTs is a natural move. The site will start with a small group of trusted sellers before expanding its NFT platform. eBay’s latest development comes barely a week after the CEO told CNBC that the platform is looking to enter the NFT space and is also considering accepting cryptocurrencies as payment options.