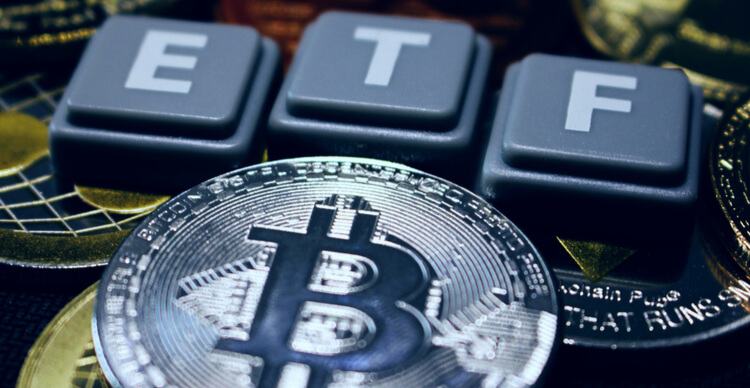 From crypto ETF products to stable coins, here are the leading stories you might have missed this week

VanEck looking to be the first to list an Ether ETF

VanEck noted that its objective was to give both retail and institutional investors indirect exposure to Ether.  ETFs allow investors to get access to the underlying asset without necessarily having direct ownership claims. The US is yet to have an Ether-focused ETF product, which has worried most investors considering Canada, its close neighbour, already has four ETF products in the market.

Ether ETF applications from CI Global Asset Management, Purpose Investments and Evolve ETFs were all given the go-ahead to hit the market by the Canadian financial regulator towards the end of last month. The fourth applicant, 3iQ Corp, got approval a few days later. VanECk investment firm has named its ETF product The VanEck Ethereum Trust. It is worth noting that it previously submitted a Bitcoin ETF application in December last year. The proposal was to be reviewed last month, but the US regulator postponed the process to June.

On-chain analyst Ki-Young Ju has predicted that Bitcoin exchange-traded funds (ETF) will likely boost Bitcoin prices. The SEC is currently sitting on eight Bitcoin ETF proposals from different firms. The first application was submitted in December and was followed by several others, the last one coming in April from Galaxy Digital.

Ki-Young Ju revealed that Bitcoin’s price might fail to plunge below $50,000 even when correcting if the SEC rubber stamps the submitted Bitcoin ETF proposals. Ju based his argument on a similar event from the 2004 Gold market when the first Exchange Traded Fund of the precious metal was given the green light. Gold prices subsequently soared, achieving new levels at the time.

He believes the same may happen with Bitcoin that is already changing hands at unprecedented levels. Ju also argued that countries like Korea might follow the US in allowing Bitcoin ETF products if the pending proposals are approved. When this happens, he says, more institutional investors will flock to the market, making the price of the crypto asset rally and post gains for a more extended period.

Facebook’s blockchain-based payment system, Diem, has abandoned its Swiss FINMA license in the latest turn of events. Its initial plan was to unveil a universal virtual currency pegged to a basket of several global currencies. The recently rebranded project will instead focus on offering its stablecoin only to customers living in Stateside.

The Swiss Financial Market Supervisory Authority disclosed that the application for regulatory approval as a payment system was submitted last year in April. Diem Networks, however, had a change of heart and withdrew the application as it sets its eyes on the US market. The project will now seek approval from the Financial Crimes Enforcement Network (FinCEN) before proceeding.

Diem, previously known as Libra, has allied with Silvergate in the venture. The bank will oversee token issuance as part of the deal. The stablecoin offering from the Facebook-backed virtual currency project will be conveniently pegged to the US dollar. The roadmap for the development and eventual release of the Diem USD is unknown at the moment.

The Internal Revenue Service (IRS) has confirmed it is collaborating with cryptocurrency tax software TaxBit to help crack down on crypto tax enforcement. The partnership will see the tax agency benefit from helpful data insights. TaxBit services will also help the IRS audit crypto transactions. Despite their best efforts, tax agencies have struggled to keep up with the tax liabilities of crypto users.

Through the collaboration with TaxBit, the IRS will keep tabs on crypto traders and investors, ensuring that they report and pay taxes. TaxBit’s Chief Executive, Austin Woodward, spoke highly of the partnership, saying it was a representation of regulators being receptive to cryptocurrencies in a legal way. Woodward also lauded it as a crucial step in creating public awareness of cryptocurrencies.

The Utah-based software provider is one of the leading companies in the crypto-tax niche thanks to its suite of tax-related products. The move to partner with TaxBit is one of the many efforts the IRS has made to deal with tax evaders. Early this month, a Northern California court ruled in favour of the Internal Revenue Service, allowing it to obtain information on Kraken exchange users.

MoneyGram to allow users to withdraw crypto holdings in cash

Money transfer company MoneyGram has made it easier for US customers to swap crypto assets with fiat currency by announcing support for crypto-to-cash transactions. The financial institution revealed on Wednesday that the service is a joint venture with crypto exchange and ATM operator Coinme.

The feature is currently restricted to US customers, but MoneyGram confirmed it would expand to other regions in the second half of the year. The service will officially launch in the coming weeks and can be leveraged across any of MoneyGram outlets within the US. The company has continued making progress in the crypto space despite a few tumbles on the way.

MoneGram halted collaborative efforts with Ripple this year, two years after joining forces. The initiative was suspended at the beginning of the year when Ripple’s legal troubles appeared to be taking the blockchain firm down. At the moment, there is no word from MoneyGram’s direct rival, Western Union, regarding support for cryptocurrencies on its platform.