XRP’s price dipped by over 10% in the past 24 hours but is slowly recovering after establishing strong support above $1.2.

The general cryptocurrency market has dipped in the last few hours, with most of the leading cryptocurrencies losing more than 10% of their values. XRP has performed well in recent months, however, the market has now flipped, pushing the cryptocurrency into a bearish divergence.

Following yesterday’s dip, XRP has managed to steer clear of the $1 level after establishing support at the $1.20 region.

A look at the XRP/USD 4-hour chart shows that the cryptocurrency is slowly recovering from its recent losses. XRP is already up by 2% against the US Dollar in the past hour, while XRP/USD has established strong support at $1.24 and is now trading close to $1.38 at the time of this report.

If the positive trend continues, then XRP could soon reach its 100-day simple moving average at $1.50. 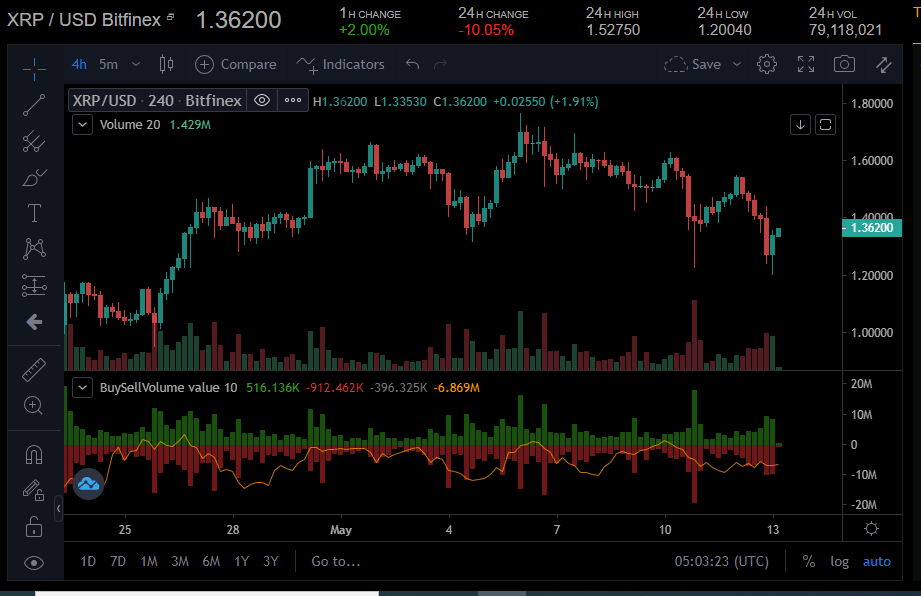 Major technical indicators, such as the MACD and the RSI, show XRP to be in bearish territory. If the bearish sentiment in the market gets stronger, XRP could sustain further losses in the coming hours. If the price breaks down out of its channel, XRP could lose the $1.24 support level.

The market dipped following Elon Musk’s tweet. Musk said Tesla would no longer accept Bitcoin due to the cryptocurrency’s impact on the environment. Tesla said it would look at other energy-efficient cryptocurrencies, and some XRP enthusiasts on Twitter are already pushing for XRP’s adoption by the electric car manufacturer.